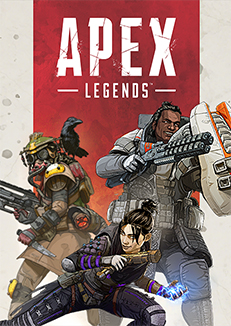 With the launch of Apex Legends Mobile, the game has received its fair share of praises and criticism. On the more positive aspect, the game replicates a minor, yet key aspect of the juggernaut of Call of Duty mobile; The single button approach.

It’s no secret that mobile games are much more fiddly than their console counterparts, with most, if not all, of the controls being onscreen. Most shooters on the mobile end up following a similar control scheme;

Overall the concept has worked, with many like PUBG being a great example of it in practice. However with this other aspects are made much more awkward, like weapon changing and healing. This means the player would have to prioritise on one thing at a time, which is very difficult in a real-time shooter. Call of Duty created a small fix to this – merging the Aim and Shoot buttons into one. Apex also replicated this fix, helping its controls greatly and making the game so much easier and more fun. There’s one issue, however; the rest of the controls.

Apex Legends is a direct port to the console and PC variants, which means the controls are to be much more faithful to its existing features. This includes, but is not limited to, smaller niche movements like sliding or even Ultimate abilities, which don’t fit too well on a small touchscreen without cluttering. This can confuse players, having to remember what button does which thing, all in a fast-paced real time shooter.

This doesn’t necessarily make it a bad game. The game has may flaws, but also many aspects it shines in, making it one of the more fun mobile shooters out as of posting. It’d be a little better if the controls were better tailored to hours’ of gameplay by making it a little more understandable.

previousPac-Man Joins Fortnite: All the Details on the Upcoming Collaboration