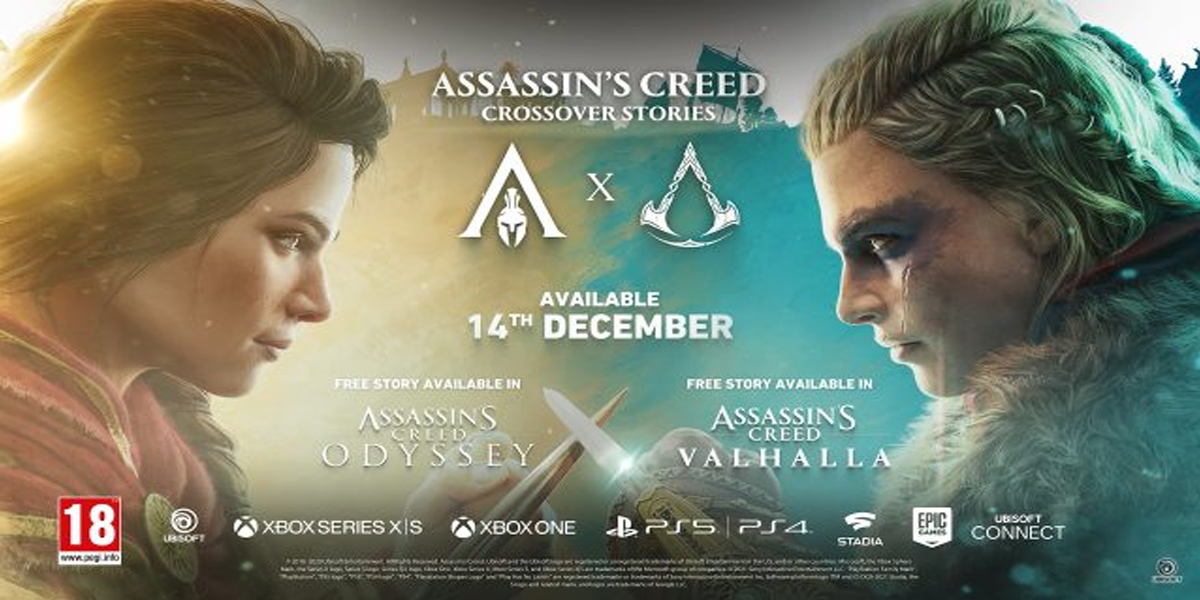 The publisher is adding new missions to Odyssey and Valhalla as part of the franchise’s first crossover event, which will pit characters Kassandra and Eivor against one other. What does an ancient Greek have to do with England in the ninth century? We don’t know, but the Animus is probably involved, and the event could be a preview of what to anticipate from the franchise’s rumoured online arrival.

“Those Who Are Treasured,” the first tale, will be set in Odyssey, while “A Fated Encounter,” the second, will be set in Valhalla. Both will be accessible on December 14th, when the 1.4.1 and 1.5.6 title updates for their respective titles go live. You can upgrade your character’s equipment by finishing the stories.

Ubisoft also revealed Dawn of Ragnarök, the newest DLC for Valhalla, on Monday. The expansion is being promoted as the publisher’s most ambitious Assassin’s Creed dlc yet. It will add about 35 hours of playtime to the game, allowing players to learn more about Eivor’s connection to Odin. The DLC will be released on March 10th, 2022, according to Ubisoft.