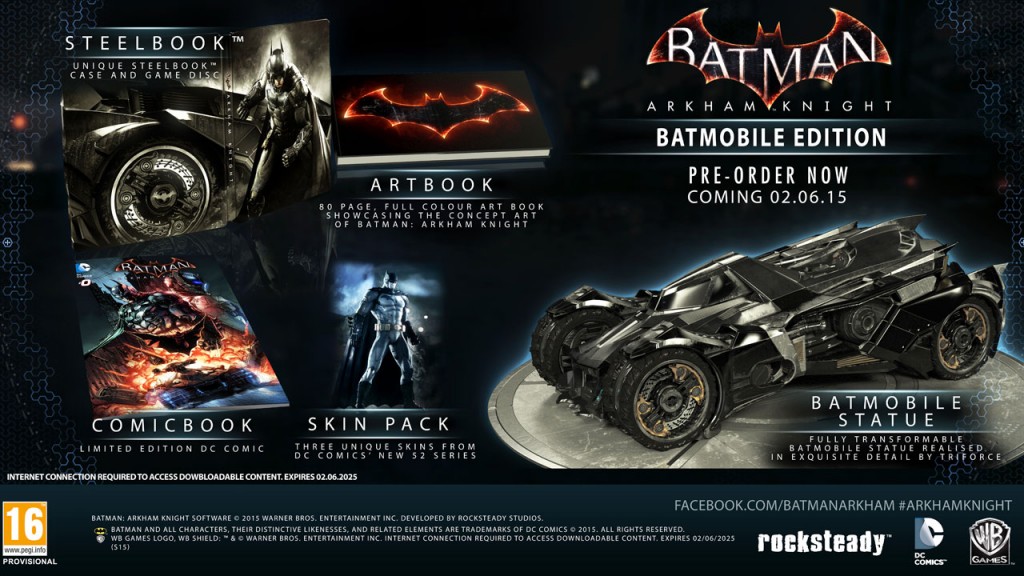 The Collector’s Edition for the upcoming Batman: Arkham Knight has been cancelled by Warner Bros.

Almost days before it’s release, Warner Bros. have decided to cancel the Collector’s Edition for Batman: Arkham Knight, which was due to come out with a transformable Batmobile. The company have shed light on the matter, saying that there have been quality issues with this particular bundle which has led to them having to scrap it altogether.

The rest of the Batmobile Edition Bundle included the action-adventure game with an 80-page art book, steel book case, limited edition DC comic, three New 52 skins and the transformable Batmobile (and so begin the sighs). Fear not though! Warner Bros., as an apology, are offering the New 52 skin pack, which includes the Caped Crusader, Robin and Nightwing, to anyone who pre-ordered the Batman: Arkham Knight Batmobile Edition – for FREE! The bundle was initially priced at £170.