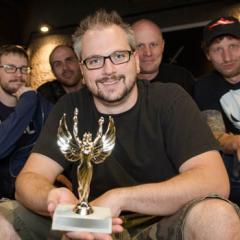 Josh Hamrick, the senior gameplay designer of Halo: Reach and Destiny, has announced that he is leaving Bungie to join Bethesda, in a role that we are not yet aware of. Hamrick announced this news earlier today in a series of tweets on Twitter. He has been with Bungie since 2009.

“Next Friday, after nearly 6 amazing years and w/ [Halo: Reach] & Destiny on the shelf, I say goodbye to my Bungie family… I’m going to Bethesda Studios,”. “Again, I need to say how much the team Bungie means to me. I’ve learned so much from them and made tons of lifelong friends during my stay.” Hamrick has stated.

We are unclear on what Hamrick will be working on, but Bethesda has hinted that something big is going to happen and will be announced at the studio’s E3 press conference in June this year.