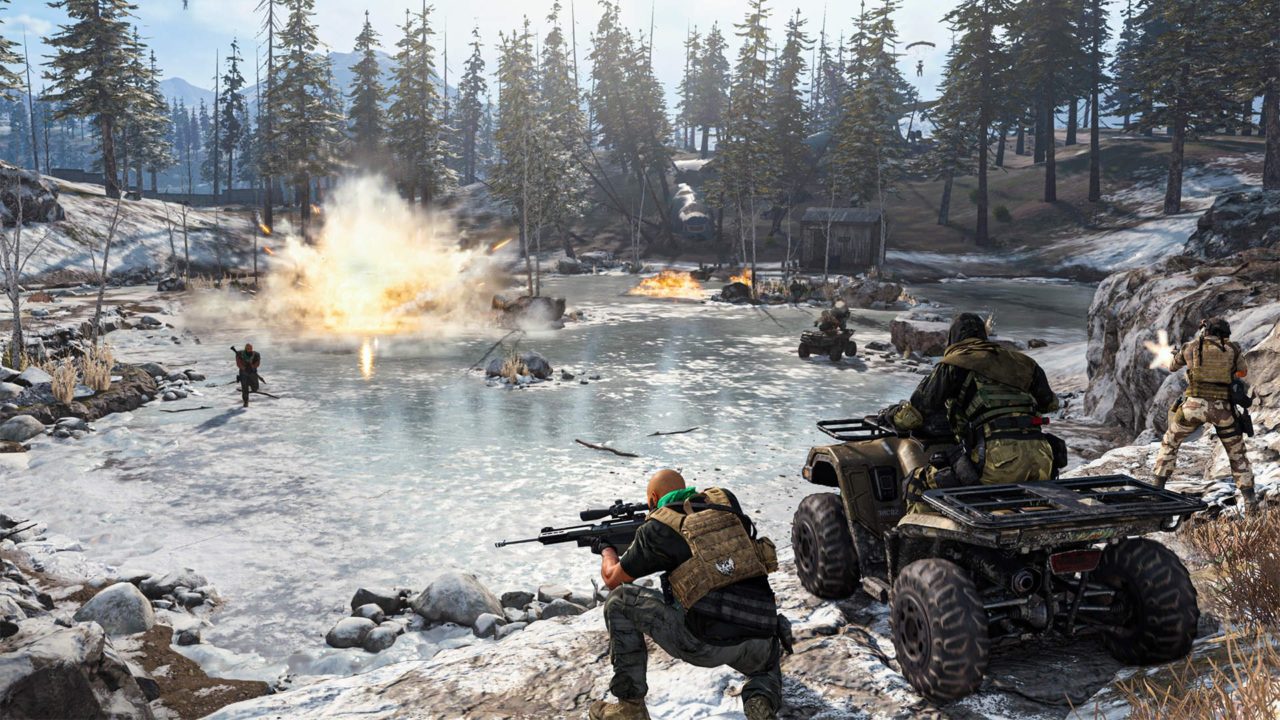 The Call of Duty community is never one to shy away when they are unhappy. Unfortunately, with Warzones latest update, there isn’t any change there, as some people’s version of the game is totally “unplayable”. A post from a Reddit user below shows the troubles experienced. 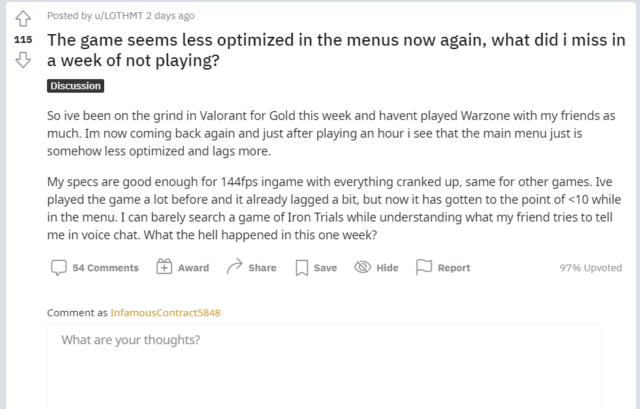 The update that went live on Thursday the 23rd of September seems to have made some gamers versions unplayable, with some claiming that their frame rate has dropped as low as 14FPS. The update meant to make some changes to the new Iron Trials Mode, a massive hit with more serious players, taking annoying specs out such as dead silence and stopping power. Still, for more casual players, the adoration for the mode isn’t reciprocated.

The lag isn’t just in-game either; the menu screen is struggling with the same problems. It just might be the time to stay off Warzone until this gets sorted out. Hopefully, Raven Software get word of this and address it quickly because there’s nothing more frustrating than losing 1v1’s just because of a jittery screen. 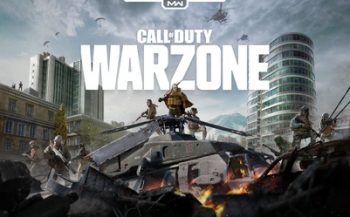 Nothing official yet, though, as Raven would usually tweet if they know something is amiss so that players may be stuck with this unplayable game for some time. With updates and weapon patches happening every week, it’s no surprise that these continuous tweaks can rearrange certain other aspects of the game.

With such an intricate, substantial online multiplayer game, keeping every cog turning perfectly whilst attempting to mend a few others must be challenging, so blunders here and there are expected. The developers are still only human, after all.

Sometimes, the best thing to do as a fan of a series is to take a break from the game and come back after experiencing a new game. New games are on the horizon, and Fifa 22 is out this Friday; give that a try until a fix is confirmed. Pre-order Fifa 22 here for £64.99 for next-gen console and £55.99 on the previous generations, or check out the EA early access trial, which you can read about here.