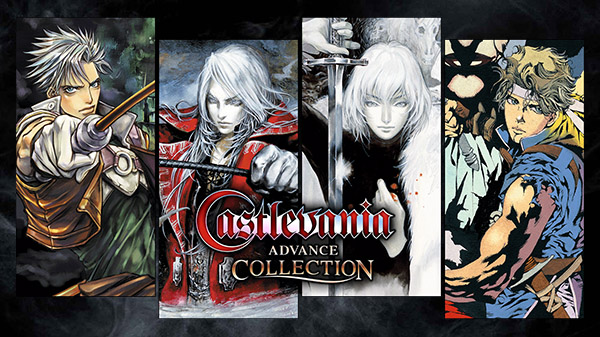 After months of anticipation, we can finally get our hands on the remastered GameBoy Advance Castlevania games for Switch

If you have been following our blog for the past few months, you will be aware that eager eyes had spotted various game rating boards rating Castlevania Advance Collection without Konami releasing any information regarding what the collection would contain and when we could get our hands on the games.

Yet the wait is now finally over as during last night’s Nintendo Direct, Konami announced the Castlevania Advanced Collection is now available on Switch.

Players will be able to choose between the Japanese, American, and European versions of each game as well as experience the art gallery with never-seen-before artwork. There is also a music player that lets you listen to all of the soundtracks and each game has save slates and a rewind function.

The collection is expected to come out on Xbox, PS4, and PC too, yet a release date is still set to be announced.