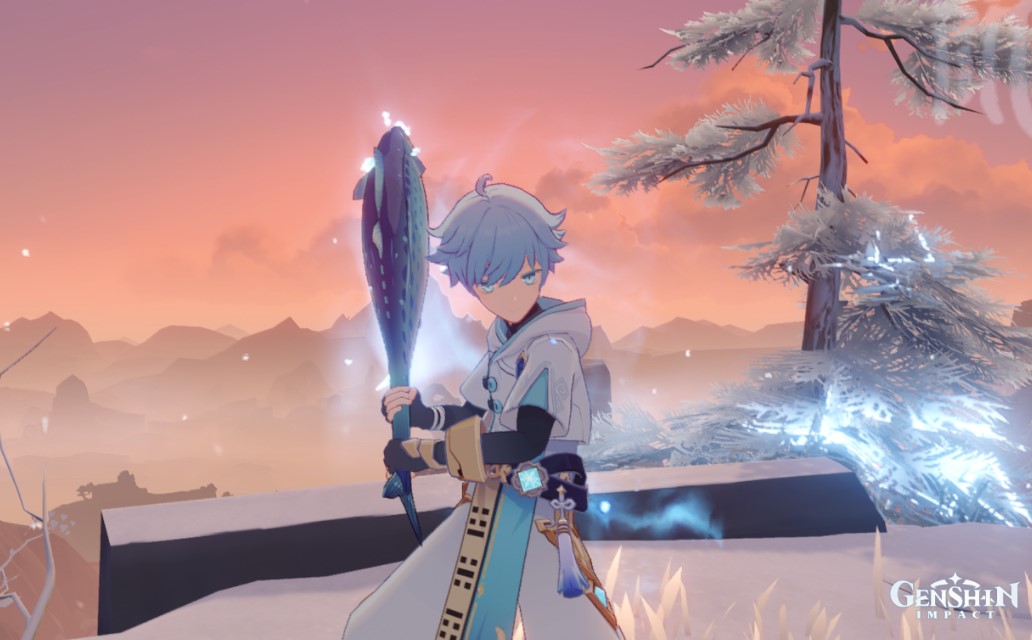 The hype around Genshin Impact continues to build, with new characters and updates being announced frequently, and MiHoYo are constantly dishing out new content to keep players hooked.

At the moment, the weapon types in Genshin Impact include Claymores, Swords, Bows, Polearms, and Catalysts. We have exhausted almost every combination of Element and Weapon there is, excusing Hydro Claymore, Polearm, and Cryo Catalyst. Gorou will son be filling the missing spot of geo archer. We’re still yet to see a male catalyst user, though.

All characters can only wield one type of weapon, though Childe’s skill transforms his bow attacks into melee attacks.

According to leakers, a new type of weapon is possibly in the world.

There's a new weapon type in the works, this would be a mixed close combat and ranged weapon type.

Release date for this is unknown

A mixed close combat and ranged weapon type could be something like a crossbow. This does, however, sound a lot like Childe’s fighting style. I do worry that crossbow users would render his skill somewhat obsolete, if these crossbow users have a skill on top of a damage conversion type mechanic.

A new weapon would certainly shake things up for endgame players who have mastered all 5 available weapon types. Currently, the strongest DPS characters in meta are Ganyu (bow), Xiao and Hu Tao (polearm), and Ayaka (sword). There’s also some strong Claymore users, including Eula and Diluc, along with a plethora of viable 4 star DPS characters too.

Back in the day, Diluc was the strongest character available, and most people felt pressured to use a claymore DPS character for breaking shields with heavy attacks. Now, there’s a larger variety of team comps and ways to get around enemy geo shields. MiHoYo have actually done a pretty good job of offering a variety of playstyles.

The next 5 star joining Genshin is Arataki Itto, a claymore user. Perhaps the playful gang leader will bring claymores back into the meta, but we won’t know until we see his damage scaling since geo is one of the lease offensive elements.

What kinds of new weapons do you think could be added to Genshin Impact? I think another heavy hitting weapon would be great, like a mace. Something close range like nunchucks or knuckledusters would be cool (and kind of funny too).