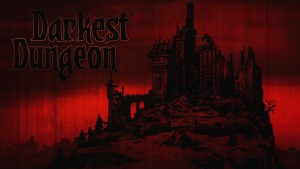 Now with THIS.. I am most definitely intrigued! Darkest Dungeon comes to you from Red Hook Studios and will be available to play on the PS4, PS Vita, Mac OS X, Linux and Microsoft Windows from 3rd February 2015, on Steam Early Access.

Darkest Dungeon is a challenging gothic rogue-like turn-based RPG about the psychological stresses of adventuring. Recruit, train, and lead a team of flawed heroes against unimaginable horrors, stress, famine, disease, and the ever-encroaching dark. You will also be uncovering strange mysteries, and pit the heroes against an array of fearsome monsters with an innovative strategic turn-based combat system.

“We plan to be in Early Access for approximately six months, which we will use to add more dungeons, more character classes, and many new features to continue adding to the game. Our intent is to release the full version of the game in the 2nd half of 2015.”, the developers have said previously. “For the full release, we are planning to add more dungeon environments (one of which is the Darkest Dungeon), more character classes, story mode integration, additional monsters, items, quirks, narration, and dialogue. We also have reserved some time to add other new features and make changes based upon player feedback!”

The game is already sounding and looking fantastic! Here are a few more nuggets which you can expect from Darkest Dungeon:

Yet another gem to look forward to for early 2015, and out next Tuesday in fact! You can take a look at the Darkest Dungeon – Terror & Madness trailer HERE, on our ‘Exciting Game Trailers’ playlist on YouTube.