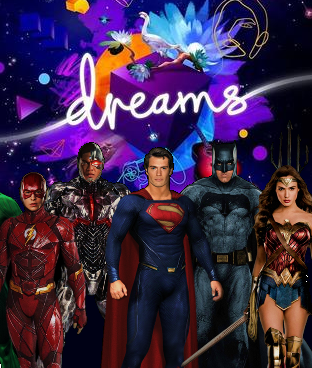 Before we get into the news, STORY TIME! I found out about this news from another journalist and his thumbnail included a perfectly harmless U-Rated innocent poster featuring all the Justice League heroes.

I didn’t know it was entirely family-friendly at first though, because on first glance, Superman looked like he… Well… I’ll try not to put any ideas in your head, but TELL ME THAT DOESN’T LOOK LIKE A… You know… A dinglehopper, as Ariel might say! A steak and two-Tackleberries! That thing that shares a name with the popular Blaxploitation-era crime film originally starring Richard Rountree in 1971! Or as Ben Shapiro would probably say, “the private D-word who’s a sex-machine to all the c-words”.

Back to the news! Dreams is a game designed by folks at Media Molecule (the makers of Little Big Planet) where players can make their own games and play the games of others. For any Avatar The Last Airbender fans reading, turns out gameplay for a Dreams-made Avatar game has released, that’s neat!

Besides rumors of a potential Superman game being in the works, Warner Bros hasn’t confirmed any plans for a AAA game in the same ballpark of production as say, the Marvel’s Avengers or Guardians of the Galaxy games (psst, which we have!).

So in this mini DC Superhero gaming drought, Redditteer u/TheRedProphett rolled up their sleeves one day and said “fine, I’ll do it myself” before sharing a video of his Justice League game project. You can view the video of the incomplete game footage here. While the environment and enemies are simple placeholder templates, giving Superman, Batman and Wonderwoman unique move-sets and stable physics for capes and clothes are extremely impressive for any lone game developer.

Rocksteady Games has, in the meantime, announced plans for the game Suicide Squad: Kill The Justice League, which will allegedly feature the classic superhero team as the antagonists to Harley Quinn’s Suicide Squad. In my headcanon, this move was inspired by one of the CEOs or developers seeing their kid play LEGO DC Super Villains one day via PS+ and thinking “oh damn, that would be a cool hook”! 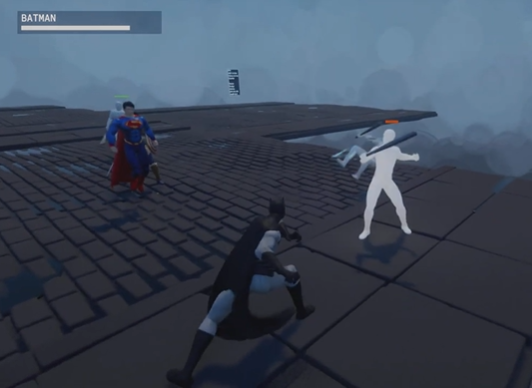 And if you’re in the mood to try out any other Batman games (of the LEGO or Arkham Collection variety), click here and sign up to our newsletter before buying for a discount!