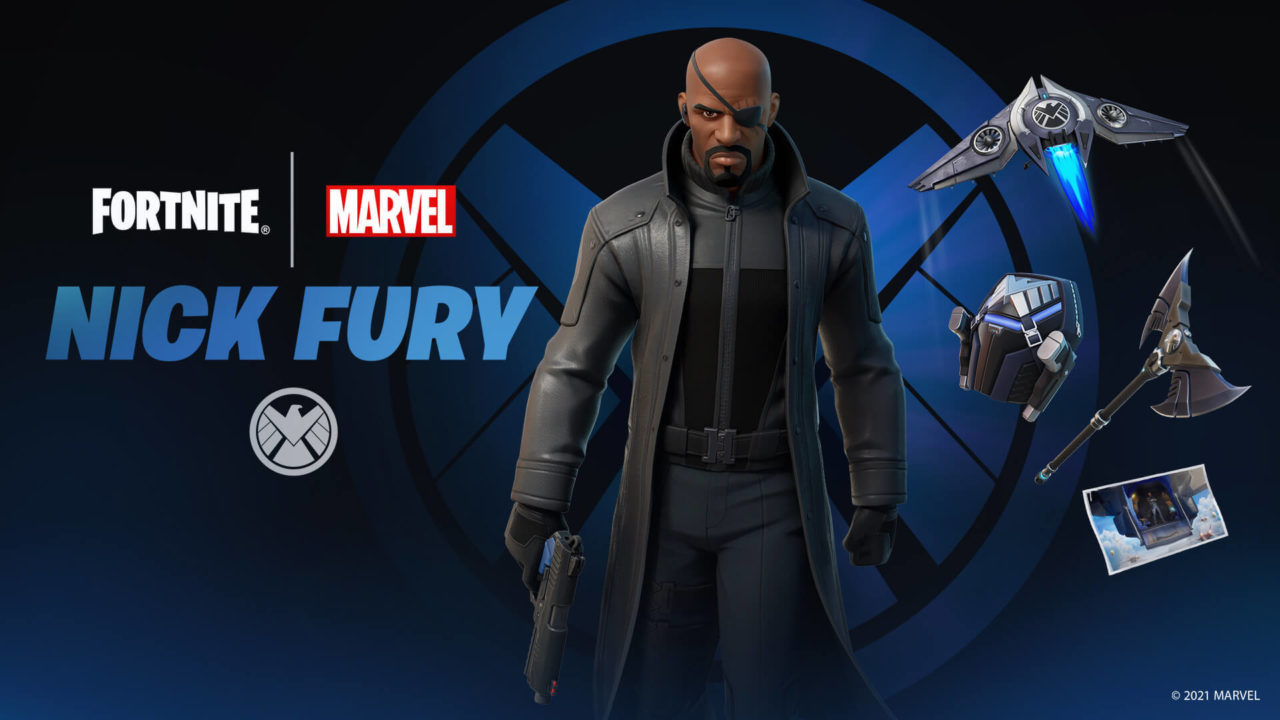 Fortnite has added yet another iconic Marvel figure, this time around it is S.H.I.E.L.D’s main man, Nick Fury. Fury arrives as part of Epic’s years-long agreement with the company to sprinkle in new heroes routinely.

The burgeoning metaverse has already seen most of the Avengers arrive, and now their S.H.I.E.L.D. coordinator has dropped in as well. Here’s everything that comes in the Fortnite Nick Fury set.

Nick Fury comes alongside a full set of cosmetics. Bundled with the character is his F.I.E.L.D. back bling, while an additional pickaxe and glider are available as well.

If you purchase the bundle, you’ll also get an exclusive loading screen that features Fury’s famous VTOL. By name, the Nick Fury bundle (in full) includes:

Like most of Fortnite‘s Marvel skins, the hero is modelled loosely on his MCU counterpart, but it’s not meant to be Samuel L. Jackson. Instead, Fury is the latest Marvel character to bring an original look to the game, always familiar but rarely identical, which allows Epic to establish its own canon in the Fortnite world.

In other Fortnite related news, Fortnite’s Chapter 3 begins on December 4th; the new map has allegedly been leaked already.

Unrelated but worth noting is that October and November have seen some big next-gen titles released, including Call of Duty: Vanguard, Battlefield 2042, FIFA 22, Far Cry 6, and Left 4 Dead’s spiritual successor, Back 4 Blood. You can purchase all of these titles, as well as pre-ordering Elden Ring and any other games from our Go2Games website.

nextGolden Joystick Ultimate Game of All Time Award Goes To...