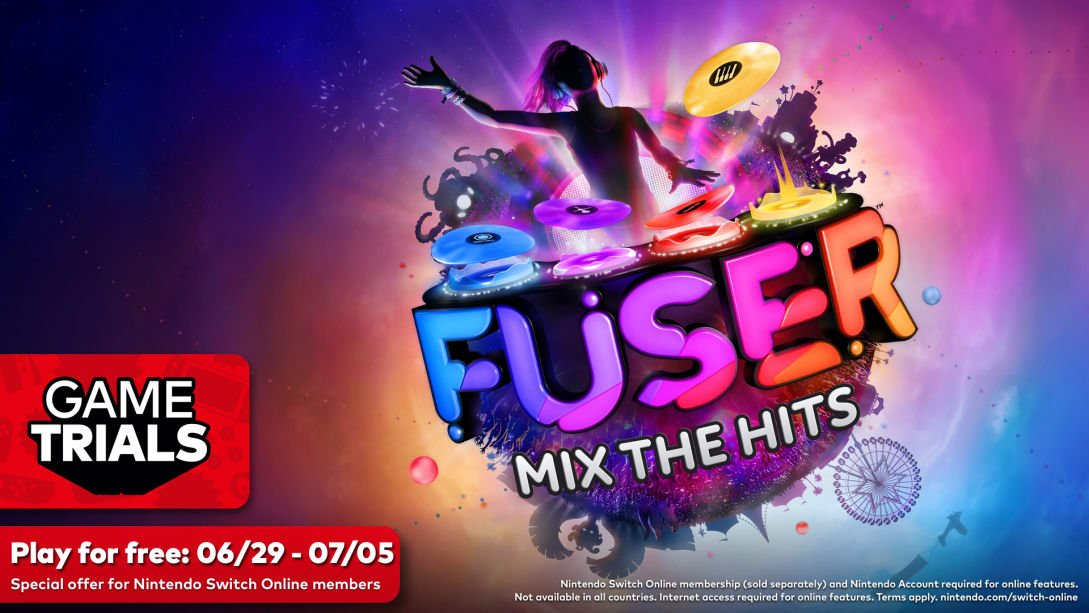 Nintendo Switch Online members get a free full trial of the game Fuser until the 5th of July.

This offer for Fuser was released on the 29th of June, so that gives players one week to try it out on full blast and get a true experience of the game, instead of having a demo which in some cases, doesn’t allow the player to have access to all the content. If players wish to purchase the game after the trial, they have the option to do so at 25% off the game until the 9th of July.

So What exactly is the ‘Fuser’ game anyway?

Fuser is almost something we could call a DJ simulator created by Harmonix, the same studio that made Rock Band, Dance central series and Guitar Hero. In Fuser, you spend your time music-mixing to hype up the audience. Fuser allows players to mix music together by using their all-time favourites songs and breaking down the tracks into vocals, bass guitar, drums, keyboard and many others, dropping them onto the mixing board to then create a great remix.

The game has a single-player mode where the players get given specific tracks or genres to add into their mix, they then get scored on their overall performance and whether or not they have fulfilled the crowd’s requests. However, there is also a freestyle mode, so players can bask in their creativity without having to think of any numbers dangling over their heads.

Fuser includes over 100 tracks to mix and covers a variety of genres. They include songs such as, Bad Guy by Billie Eilish, Old Town Road by Lil Nas X ft Billy Ray Cyrus, Better Now by Post Malone and Good as Hell by Lizzo.

Still doubtful? Here are 13 minutes of gameplay to look into.

Love the sound of music in games? Why not check out our selection at GO2GAMES.COM

previousWhy Mario Party Superstars is not a DLC