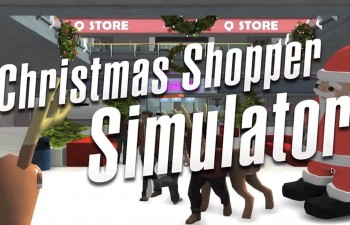 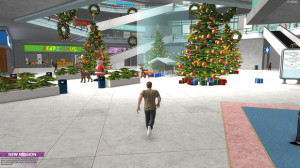 GAME has created it’s very own simulator game which is aptly named ‘Christmas Shopper Simulator’! It includes abilities  such as falling over, buying presents, walking up escalators and halting abruptly. This is GAME’s version of Goat Simulator and looks “awful”ly brilliant!

“At GAME we are passionate about two things: gaming and shopping so, in our first foray into game development, we’ve combined the two,” said director of shopper simulation development Fred Prego. He went on to state that “Whilst we have games that prepare us for zombie invasions or Premier League football matches, there is nothing to get us ready for the equally daunting experience of Christmas shopping – and we’re very proud to have filled that gap in the market.”

“Of course it’s ridiculous, but it’s so brilliantly addictive we can’t believe someone hasn’t made it already! One warning though: Christmas Shopper Simulator can feel so realistic that you might believe you have already done your Christmas shopping. You haven’t. Don’t forget to go shopping for real!”, which Prego also stated.

For PC and Mac, the game is absolutely FREE from the GAME website and was created by Freak Storm Games.

Sherif Aziz (Freak Storm Games Developer) adds: “The stress of Christmas shopping is now available and at your fingertips in this exciting new game. In Christmas Shopper Simulator you can prepare to be prepared for this season’s most traumatic task: complete missions, achieve achievements and have your expectations matched in this awesome new game from GAME.”

Well… We certainly look forward to having a bash at this. It appears nothing short of intriguing and you can watch the game-play HERE on our ‘Exciting Game Trailers’ playlist on YouTube!

nextNew - The PS4 Gets It's Own Version Of Sky Go