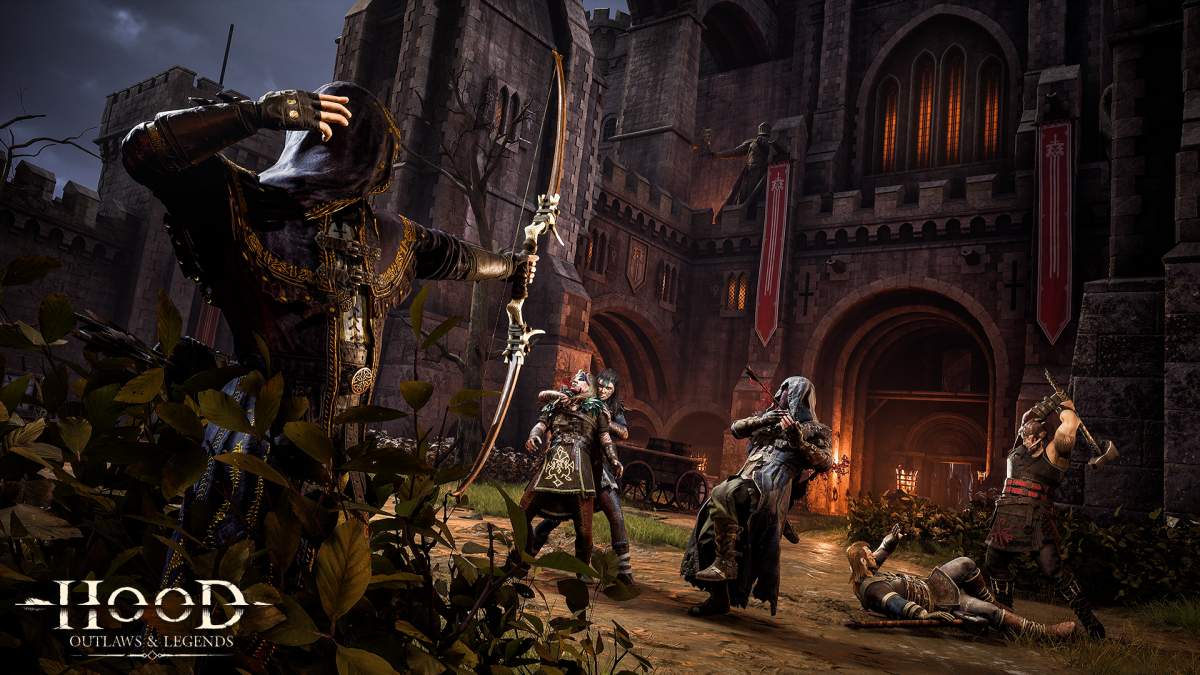 The game is moving in the right direction…

Hood: Outlaws and Legends launched in May with a unique PvPvE model. Two teams complete the same heist simultaneously, both competing for the same loot, utilising stealth to get it done efficiently, and inevitably clashing at some point during the heist. The idea of a stealth PvPvE experience got many players excited, including me. I was lucky enough to get the opportunity to play this game for free in return for me giving feedback to the developer Sumo Newcastle. In summary, I concluded that despite the stealth aspect of the game being where Hood generally excels, the game has a few mechanics which cause it to turn into a chaotic brawl too early and too frequently. The open combat is also fun despite being quite raw and having some issues (upon release). Still, the game, from my experience, turned into an all-out brawl almost instantaneously every game, which was clearly not intentional by the developer.

I noted there are a few game mechanics that draw players away from some of the best aspects of Hood, namely the stealth. I found there was little motivation to play the game stealthily, which is how it was intended to be played (at least at first). With some small tweaks and some bigger changes that place more emphasis on the stealth side of the game, I believed this game had huge potential at the time of writing my review.

I suggested that a future avenue (alongside changes to the main mode) was simply a PvE mode with heightened difficulties and rewards, where the co-operative stealth aspect can truly shine, as I believe this is where Hood’s true strengths are, with the open combat intended as extra (as I saw it).  It seems either others who reviewed the game must have said something similar, or the company itself had this in mind from the jump because the new game mode is exactly that.

The new mode called “State Heist” sets teams of four players against a deadlier computer-controlled enemy than those they’ve faced before, with players encouraged to take a stealthy approach to this heist.

The mode introduces new mechanics, including limitations on respawning, emphasising creating a game mode that rewards a cooperative and methodical approach. While the game’s regular mode sees two teams of four players facing off against each other, State Heist only requires one team of four to play.

It launched with an in-game event that’ll award players with unique skins if they manage to complete a State Heist without dying. The Shadow Lords costumes will be unlocked for the character used to complete the challenge, with dedicated players able to unlock all the skins.

Hood really is a game with great potential. The game concept is exciting enough in itself to draw players in. It just had a few flawed mechanics that made each game not play out as intended, and players, therefore, did not get the experience they had expected. Well, this game mode is a big step in the right direction. Players can now experience the greatness of Hood’s stealth and cooperative play without the hassle of a chaotic brawl. Of course, the brawl can be quite entertaining the first couple of times, but after a while, you realise Hood’s true greatness lies in the cooperative stealth aspects, which we can now enjoy with no limitations. I am excited to see how the developers also tweak the main game mode going forward to emphasise stealth instead of an all guns blazing approach, which they are evidently taking strides towards with the introduction of this new mode. See the new game mode’s trailer below:

Stay tuned to Get2Gaming for any Hood: Outlaws & Legends updates.