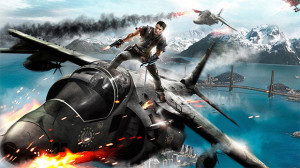 Swedish developer, Avalanche Studios, have confirmed the rumours that Just Cause 3 is in development and will be coming to PS4, Xbox One and PC in the coming year! The most recent of the franchise is Just Cause 2, which was release back in 2010.

Game Informer editors are said to have played the game for several hours and have reported back that the game’s grapple mechanics and parachute have been improved. As well as this, you get a brand new wingsuit! Going into the game’s setting, you will be situated in a fictional Mediterranean archipelago.

Avalanche’s New York City office is where it’s all happening in terms of the game being in development. 2015 is also rather a big year for Avalanche as they plan to launch Mad Max for PC and consoles!

previousBatman: Arkham Knight - Why The Game Doesn't Have Co-Op