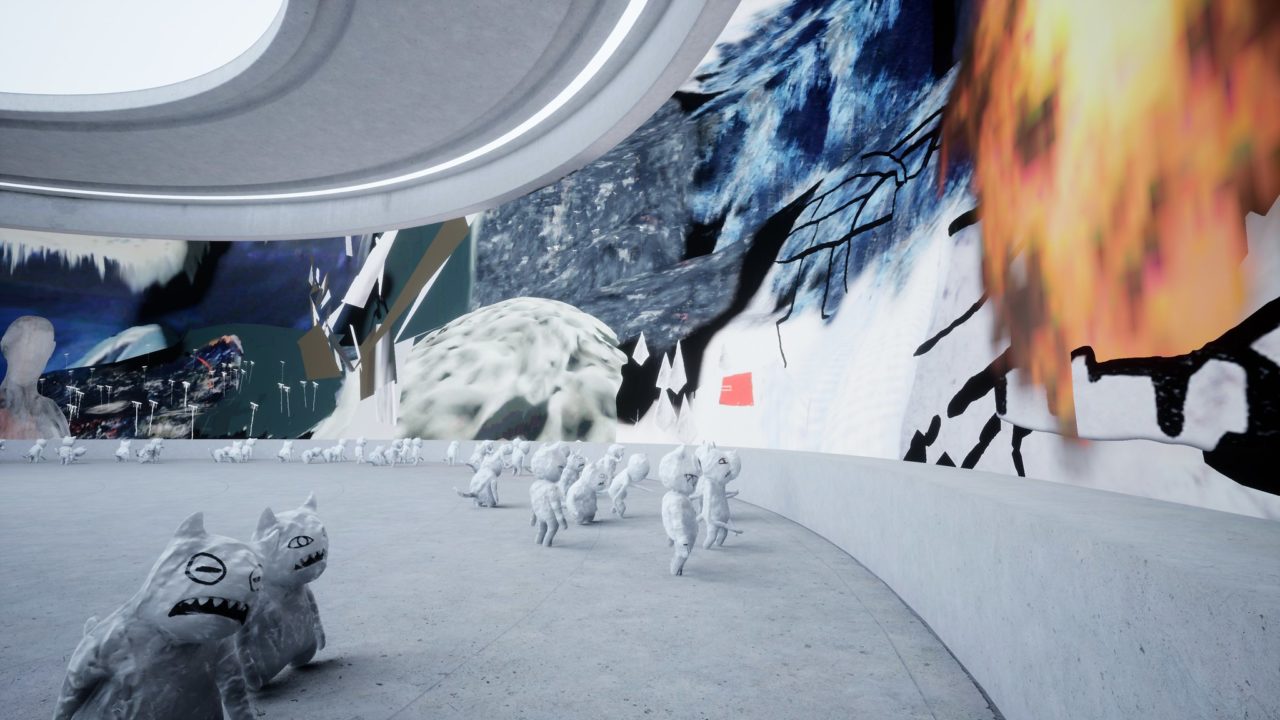 Epic Games has surprised us again with this new collaboration…

If you’re a fan of Radiohead them you’re in luck! The English rock band are celebrating 21 years of their triple Kid A and Amnesiac album release and are doing so in style.

Radiohead have collaborated with Epic Games to bring its fans the Kid A Mnesia Exhibition, which takes you on a journey through the Kid A and Amnesiac album in a non-traditional video game.

The Kid A Mnesia Exhibition is a two year project that started off intending to be a physical exhibition installed in Central London, yet there were difficulties for the band to be able to make that happen, until they decided it would be much better if the exhibition didn’t actually exist in reality at all.

Now, The Kid A Mnesia Exhibition is avaiable to play for free via Epic Games Store and PlayStation Store and it takes you through the art and creatures, words, and recordings of Radiohead’s Kid A and Amnesiac albums which were reassembled for this experience alone.

What’s more, Fortnite players that visit the exhibition, will be able to unlock Radiohead items. They will have two in-game goodies waiting for them in their items upon opening Fortnite after claiming the Kid A Mnesia Exhibition (you have to link your PlayStation account with your Epic Games account if you’re playing the game on PS5).

Fortnite players can also receive the Untitled v1 from Kid A Mnesia Fortnite lobby music as well as a land of freedom Loading Screen which can be claimed in the in-game item shop until November 22. The Radiohead Loading Screen is based on the cover art of the Kid A album and shows several mountain tops covered in snow, with one blowing its top.

Whether your a mega fan of Radiohead or not, the Kid A Mnesia Exhibition is an excellent way to immerse yourself with the band’s music and really enjoy the art the band has created to go along with it.

Kid A Mnesia Exhibition is available now on PC and PS5 for free.