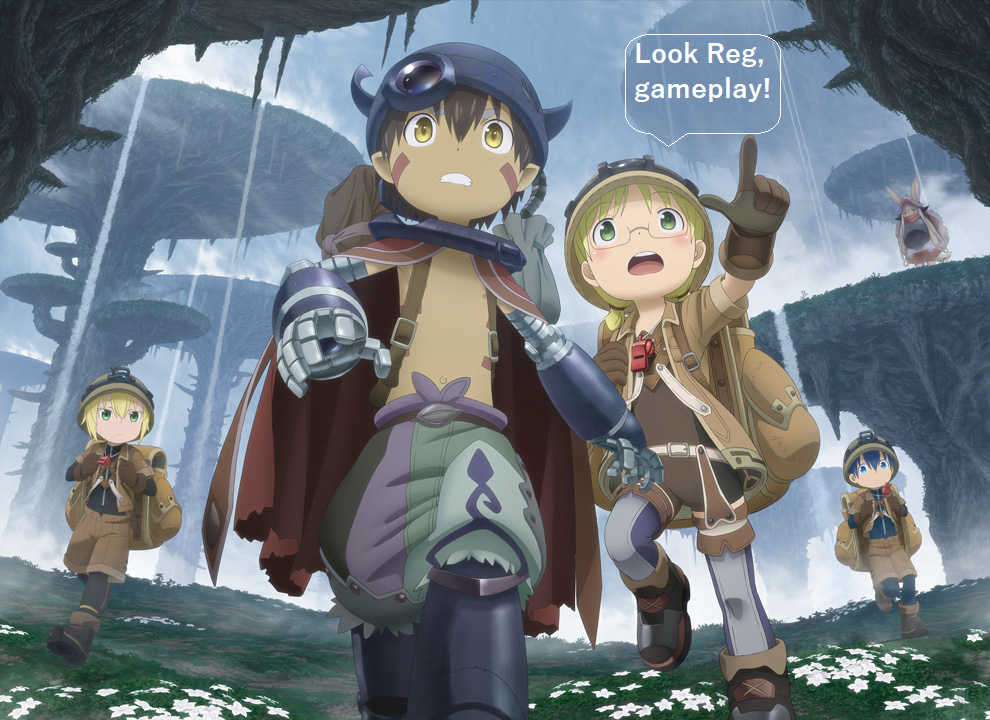 Made in Abyss is an orgasmically gorgeous manga (written by Akihito Tsukushi) and anime series about a little girl and her sentient robot buddy, only to go from wholesome exploration of a vast pretty fantasy landscape to “uncle Lovecraft’s funtime murder hole“ in the span of a few episodes.

A Made in Abyss Action JRPG adaptation was announced in May of 2021 to be developed by Spike Chunsoft, the company behind the Danganronpa games, which have some of the best plot twists in gaming in my humble opinion.

Made in Abyss: Binary Star Falling Into Darkness is set to release in 2022 for Nintendo Switch, PS4 and Steam… Now let’s analyse some screenshots yall! Alongside the Made in Abyss story mode following the anime, there will also be a mode where you make your own cave raider who sets out to explore The Titular Abyss. This mode’s story will be written by Akihito Tsukushi. Mild shame that the skin colour options are lacking, but that may change in future updates.

“Made in Abyss: Binary Star Falling into Darkness is a 3D Action RPG in which the player themselves delve into the world of the Abyss and seek out its depths through growth and overcoming hardships. Other than a story mode that follows the plot of the anime, there’s an original story supervised by the series author Akihito Tsukushi, in which players can experience a dark fantasy in the flavor of the original series. Many characters from the original series appear in-game, and event scenes are fully voiced by the anime cast” – Spike Chunsoft

My thoughts on the different interface options: The greenish one with a helmet icon is clearly health. The orange one with a meat icon could represent a hunger meter which offers different gameplay buffs when full. Blue bars in games are typically representative of a “mana” or magic guage, though it could be a thirst meter for water to balance against the food bar. The L/R buttons next to the weapon icon suggest the ability to swap between a few different weapons on the fly, encouraging strategic diversity against various enemies. The small bar next to that weapon? Could represent a Breath of the Wild style weapon degradation system, or a stamina bar that effects how many attacks you can pull off in a row before having to back off and wait for it to recharge.

Uncle Stefan’s Funtime YouTube-Recommendation Hole! Video essays are my crack pipe, so if you’re looking for interesting analyses on Made in Abyss: Mother’s Basement discusses how the anime adaptation feels less like an adaptation of a manga and more like an adaptation of a video game. Exclamation Point of aforementioned “funtime murder hole” fame did great videos on the show’s first episode and a comparative analysis on how it and Eromanga Sensei tackle a relatively common issue in circles of the anime community. 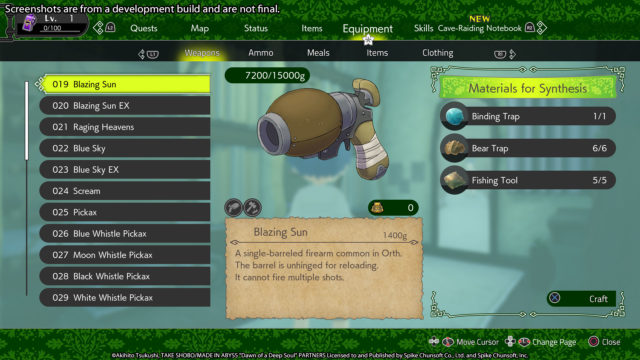 As for the delivery of the story mode, it seems it will alternate between cutscenes and visual novel-style text boxes, which could work out well provided that PS1 Hagrid down below manages to loosen up a little. 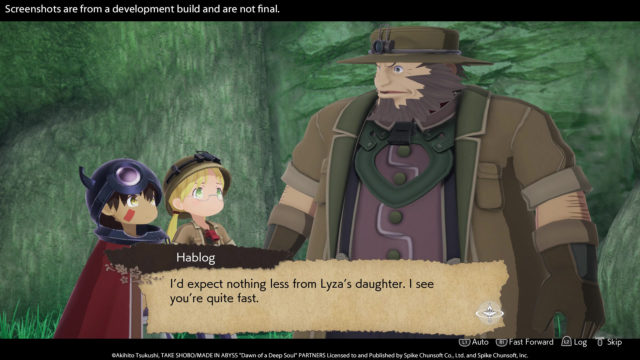 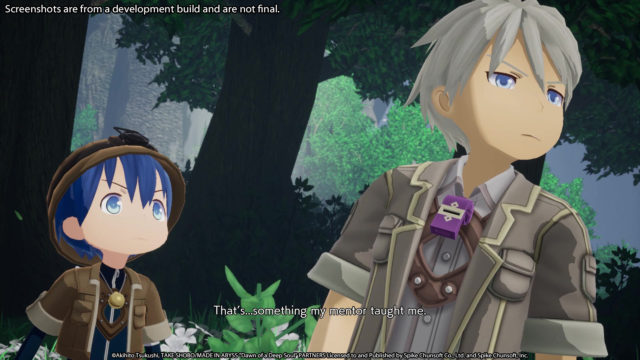