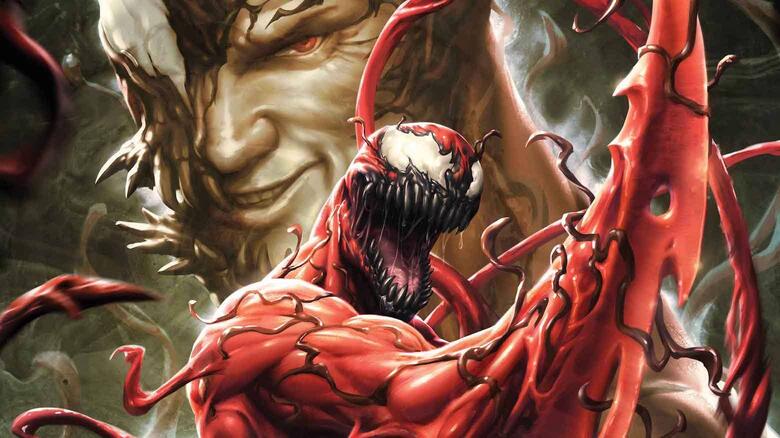 Something a little different today- a certain symbiote is about to turn 30 next year and it has been announced he will finally be receiving his very own one-shot, which will turn into an ongoing comic series.

Carnage from Marvel Comics, the adversary of Spider-Man and the archenemy of Venom, first made his appearance in Amazing Spider-Man #361 and has gone on to feature in several more comics, animated films and tv shows, video games, and most recently, the 2021 film Venom: Let There Be Carnage.

Carnage Forever will be written by the current Superman writer, Phillip Kennedy Johnson, along with current Venom co-writer Ram V, and writer Ty Templeton, who will each write their own story in the one-shot. Templeton will also provide art, along with Edgar Salazar, and other artists that are still to be named.

Johnson promises the one-shot will give the readers a new take on the symbiote, with aesthetics still fueled by the horror film genre, but will be leaning more towards “almost Exorcist-like” rather than the typical “slasher film” type portrayals that Carnage receives.

Without spoiling it, we see him make an unexpected bond with a very unexpected kind of character, with all the grisly and horrifying consequences Carnage fans have come to expect. – Phillip Kennedy Johnson, Writer.

Now with Carnage Forever, I’m thrilled to have a chance to tell some absolutely twisted tales for the killer symbiote for this anniversary collection and perhaps seed some ideas for things to come! – Ram V, Writer.

The announcement also promises an ongoing comic series for Carnage, yet doesn’t give any more details on what to expect or what the title for the series will be.

Speaking of symbiotes, Venom has been confirmed to be the antagonist for Marvel’s Spider-Man 2. Carnage was also featured in Fortnite Season 8 to celebrate the release of Venom: Let There Be Carnage.