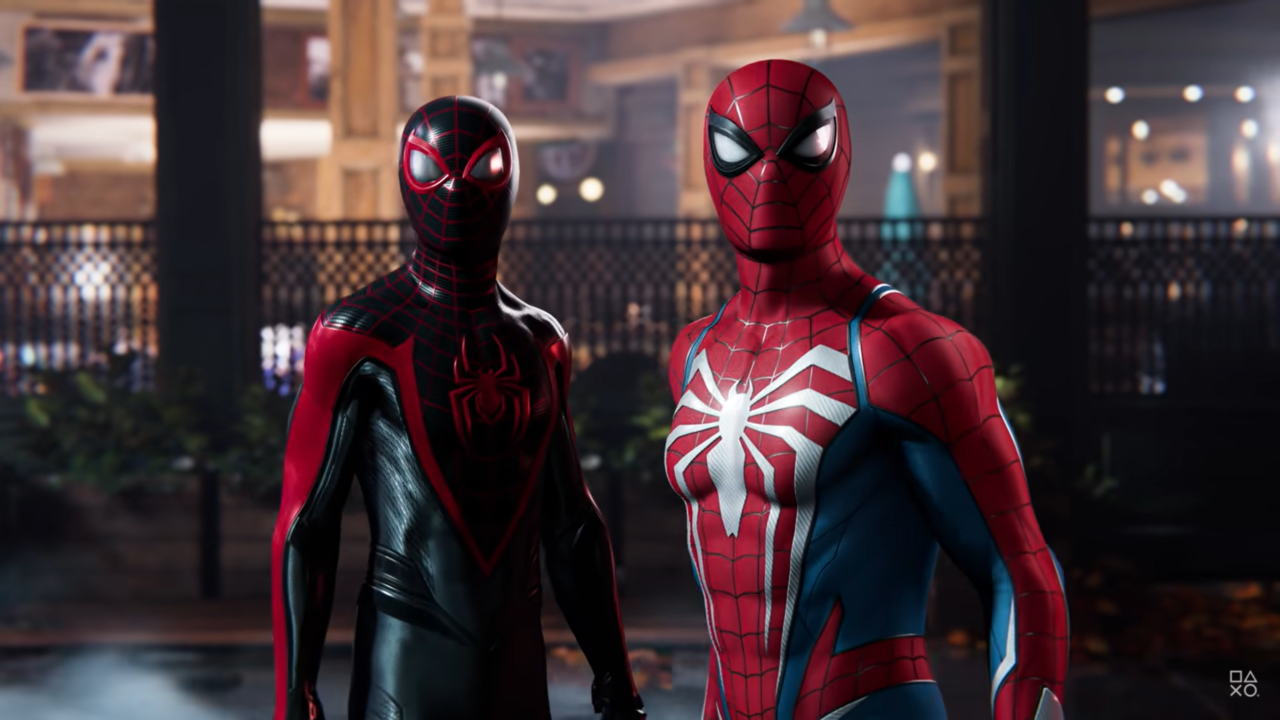 The news was announced in a reveal trailer for the PlayStation Showcase and revealed that Venom would be the main antagonist for the sequel too.

The 1:37 length reveal trailer for Spider-Man 2 manages to pack a punch with the very few scenes of cutscenes and gameplay footage involved. It opens up with a shot of an eerie street at night in New York City (captured on a PS5) and the voiceover of Tony Todd (Candyman, 2021), starting what can only be described as the typical villain sinister monologue, but it still sends shivers down your spine with the suspenseful music playing behind his perfectly hoarse voice. We then see Peter Parker’s iconic blue and red Spider-Man suit along with a scene of him taking down a bad guy in his Iron Spider Suit, followed by a shot of Miles Morales iconic black and red Spider-Man suit and a scene of him taking down a bad guy. We then see a cut of the two of them working together as the unrevealed villain continues to describe how he has yet to meet his match, and as the camera cuts back to Parker and Morales standing together in the street staring into a dark alleyway, the voice hints that Parker and Morales could give him what he so “desires”. The suspense picks up as the camera shifts towards the alleyway and we hear the distinguishable voice of Venom replying to the question, and a split second of Venom’s face appears as the end scene for the trailer, and the trailer ends the game will be out in 2023.

Spider-Man 2: What We Know

Spider-Man 2 is going to be a PS5 exclusive, which worked really well for the original, having been initially released back in 2018 and has now sold over 18 million units so far, while the spin-off game, Spider-Man: Miles Morales, released last year has sold over 4 million units.

Tony Todd was cast as the voice of Venom in what is the perfect casting for the role as seen in the trailer above, and it has been confirmed Yuri Lowenthal and Nadji Jeter will return to voice Peter Parker and Miles Morales respectively. It has also been confirmed the original development team behind Spider-Man will be returning too.

We’re so thrilled to continue the journey of both Peter Parker and Miles Morales in their most epic single-player adventure yet. – Ryan Schneider, Head of Franchise Strategy and Studio Relations at Insomniac Games.

Insomniac Games announced another Marvel superhero is coming to PS5, which you can read about here.

previousNBA 2K22 Should You Pick College Or G League For MyCareer