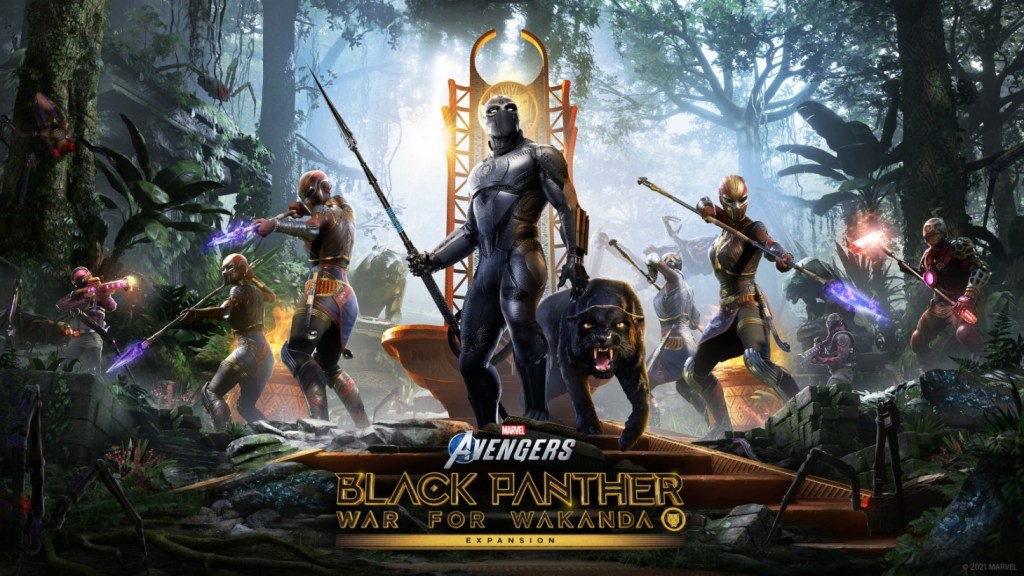 Square Enix announced that Marvel’s Avengers expansion Black Panther – War for Wakanda will come on the 17th of August 2021, this is a free update and will add Black Panther as a new playable character.  Two new villains will also be added to the War for Wakanda expansion, along with some enemies, a new environment, solo and multiplayer missions that are exclusive to that special DLC. This will be the most content they’ve added to the game since its official launch.

Marvel’s Avengers expansion Black Panther – War for Wakanda will premiere on the 16th of  August, a Monday evening, almost two weeks from today. This will be streamed on Crystaldynamics Twitch. They will offer an immersive peak at the many trailers that were released and any information we perhaps would have missed, it is a must for any gamers to gain some knowledge before playing the new expansion pack.  offer an extensive look at new trailers and information and should be considered a must-watch for fans interested in learning all there is to know about War for Wakanda.

War For Wakanda is only adding to the already immersive experience to the game that already has eight playable characters and more than 25 hours worth of gameplay. However, in response to the expansion pack announcement, some fans raised concerns of their favourite hero, ‘Spider-man’, they’ve been wanting an expansion pack for spider-man for a while. Though, Square Enix has announced it to be released sometime in December, fans are starting to grow impatient and hope for a sooner release. including eight other playable heroes, more than 25 hours of single-player campaign content (from the core release through the Expansion), and endless multiplayer action for up to four players. In addition, new modes and events are being introduced regularly, and dozens of outfits inspired by Marvel comics and movies are available to customize players’ favourite Super Heroes.