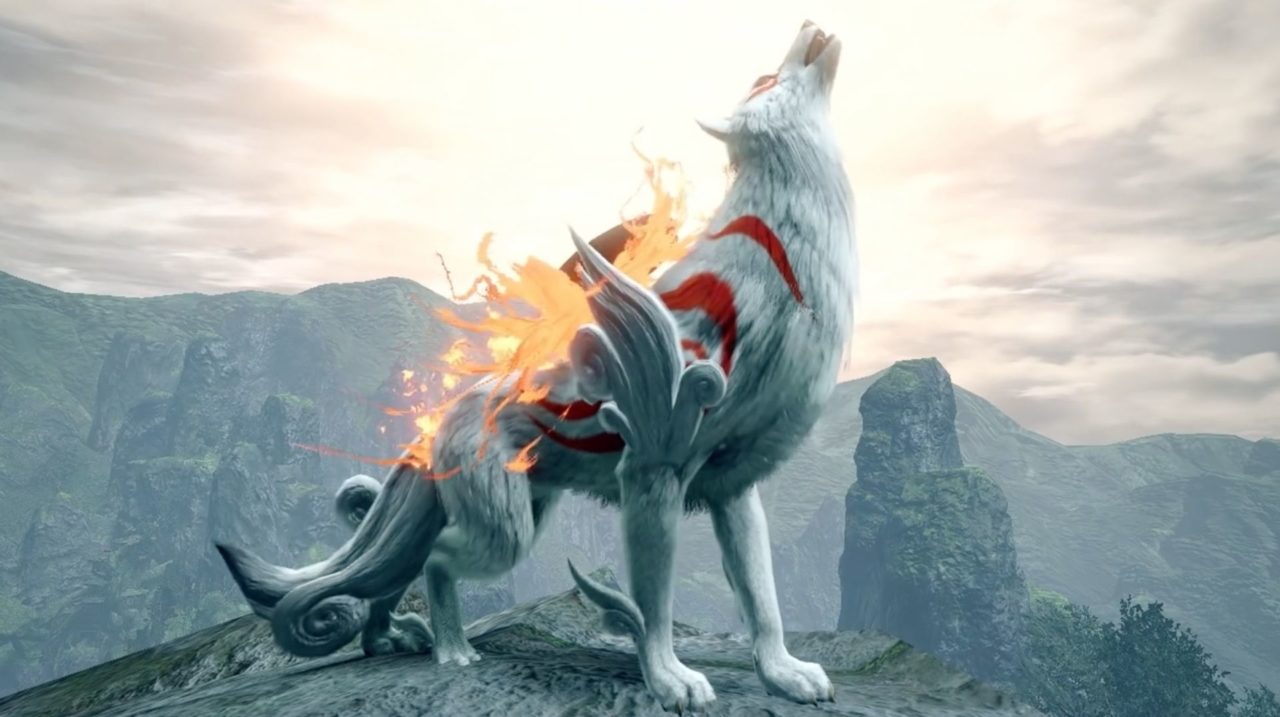 On July 30, Capcom will release its second cross-over event, titled Capcom Collab 2, for Monster Hunter Rise, and this time it features none other than Amaterasu from the popular action-adventure video game, Okami.

Monster Hunter Rise is an action role-playing game developed and published by Capcom for the Nintendo Switch and was released worldwide in March this year. The Capcom Collab are events where players can grab armour and items based on other Capcom IPs. This is the second crossover event to have happened in the game; the previous event featured Palico Layered Armor from Monster Hunter Stories 2.

Players won’t be able to hunt down Amaterasu like one would expect, instead, they will be able to play alongside Amaterasu with special Layered Armour for their Palamute.

They will need to take on a special event quest in order to obtain the “Ammy Costume”, but once they have it, it will give a visual change to your Palamute while still being able to draw their powers from the armour you craft for them.

The Ammy costume offers the signature cloud-like shoulders, flaming disc, and leaves behind a trail of flowers whenever you sprint.

The end of the trailer also gives an insight into when Capcom Collab 3,4, and 5 will drop, with the first being in August and the last two being sometime in Autumn.

The Okami Event is free for all Monster Hunter Rise players.

Summer Sale and Olympic Games vouchers for a limited time only! Offers must end on August 3!

GO2GOLD for our Olympic Games Sale!