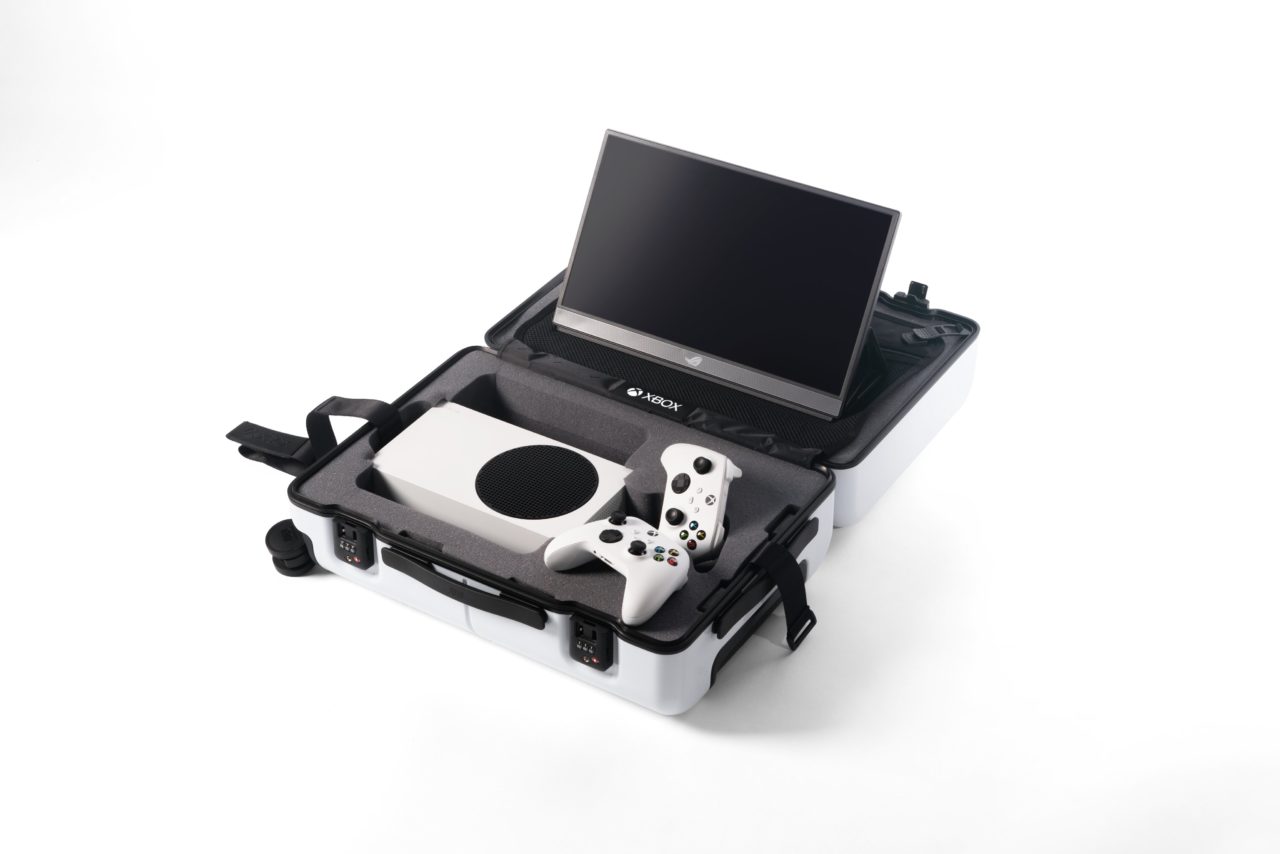 Xbox Australia and New Zealand teamed up with luggage company July to create a suitcase that is inspired by the Xbox Series S.

It looks exactly like the console and includes the black, circular vent that DJ Khaled confused it to be for a speaker.

The Xbox Suitcase was sent to a number of Australian influencers to help promote the release of Microsoft’s Flight Simulator, an amateur flight simulator developed by Asobo Studio and published by Xbox Game Studios, which is now available on the Xbox Series X/S. The suitcase came with their Gamertag on the back, an Xbox Series S console, a portable monitor, and a controller included.

This custom Microsoft Flight Simulator/Xbox Series S @July suitcase just showed up and I was already super excited because I love @July and then I opened it to discover a custom Xbox Series S/portable monitor fit out inside 🤯🤯🤯 pic.twitter.com/efP14OjyuW

The company is also holding a Twitter competition to give one away, however, it is open to Australia and New Zealand only.

Where's the first place you'll fly to in Microsoft Flight Simulator on Xbox?

Retweet and reply below for your chance to win this limited edition Xbox Series S x @July suitcase to celebrate the console launch of @MSFSofficial! pic.twitter.com/RcCKb1yepC

This is similar to their other promotional item, the Xbox Fridge, which started out as a meme and is now going to be officially sold by the end of this year.

Unfortunately, the suitcase isn’t being sold to the public (for now at least) so we will all have to stick to normal suitcases for now.

Summer Sale and Olympic Games vouchers for a limited time only! Offers must end on August 3!

GO2GOLD for our Olympic Games Sale!

previousNieR Reincarnation May Be delayed 1 Day Before its Release

nextMonster Hunter Rise and Okami Crossover: The Event You've Been Waiting For