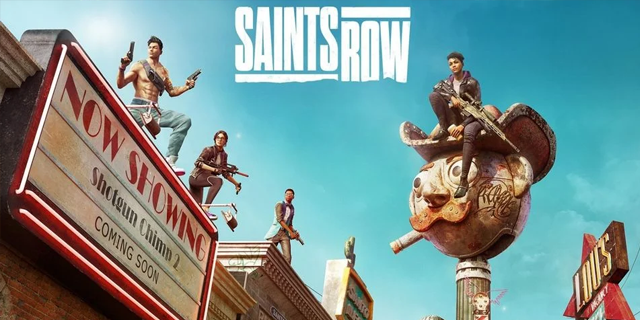 Co-op has always been a fun and essential aspect of the Saint’s Row games, so it only makes sense that it’ll be back in the 2022 reboot early next year. Of course, it doesn’t mean the game is just reusing old mechanics, as a recent Saints Row teaser highlighted its new Criminal Ventures gameplay—basically, how players go about constructing their own Criminal Empire. Co-op is getting some functionality tweaks too that will lead to effects on players solo campaigns.

Check out how you can change the face of Santo Ileso with your very own criminal fronts in #SaintsRow!

Let us know which one you're most excited to start 😎 pic.twitter.com/NLcjwU2LWj

This may appear to be a minor detail, yet it is truly a significant concept. Co-op is a common element in games like Saints Row, although it’s generally restrictive, feels thrown in for the sake of it. Co-op is always a good thing of course, but often it is the case that progress in a co-op partner’s world does not affect your own.

In Saints Row, co-op is untethered, enabling each player to freely explore the whole city. When one of the players starts a quest, the other will warp to them and assist them. Each character’s progress is monitored, including collectibles, customisation, cars, and other things, but the progress accomplished on this quest is also transferred back to the player’s game.

“The game will remember you have played this late-game mission once you naturally make your way to it in your own campaign,” CCO Boone told Game Informer, “and you will not be required to play that mission again.”

As a result, players can join any other on any task without fear of repeating it again. Saints Row will recognise that it has previously been completed and will skip appropriately. This is intriguing and unusual in the co-op sector, and it is sure to have a significant influence on Saints Row’s narrative and gameplay, as well as the overall design of the City of Santo Illeso—and it doesn’t stop there.

Traficante claims that during Saints Row co-op gaming sessions, gamers will be able to prank each other. They haven’t said exactly what this involves, but they did tell us  “it’s something totally different than we’ve done before that players are going to absolutely love… when they get together, they get access to the pranking systems, and you can just let your imagination run with ‘what would you do to prank your co-op player?

There’s still a good few months between now and Saints Row’s release, so there’s a strong possibility additional information about the co-op and pranking system may be disclosed as the date approaches.

In the meantime, why not get up to more open-world mayhem in  Far Cry 6 or the iconic GTA V for more crime filled fun!