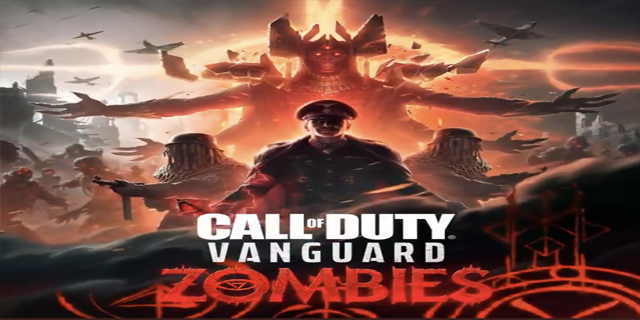 Zombies has become an iconic game mode for the Call of Duty franchise, being introduced way back in CoD: World At War. While Vanguard has circled back to its roots in historical warfare, the new Zombies mode has done just the opposite and switched up the formula. Call of Duty: Vanguard Zombies will undoubtedly be intriguing, since it represents a significant departure from the mode’s typical approach.

Der Anfang, the game’s first map, will not be the usual round-based Survival map we are used to. Instead, it will be like Outbreak in that there will be objectives to fulfil in different zones, but without the vehicles and large-scale emphasis. However, this is not the only new feature being added.

What Is the Altar of Covenants in Zombies?

In addition to cosmetic redesigns for perks in Call of Duty: Vanguard, players will be able to get unique bonuses via a new system. The boosts will be placed on top of the perks that players may purchase in each round. The concept also works like upgrades in a roguelike, with each match introducing new improvements and ensuring a diverse range of builds. This might offer a lot of replayability to Der Anfang, making each match more varied and engaging. 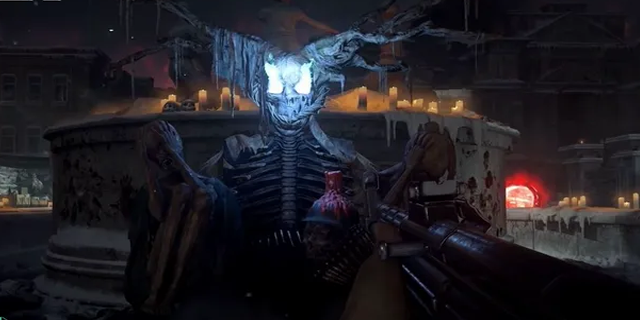 These upgrades are controlled through the Alter of Covenants. This is a special upgrade station that will be unlocked halfway through a round of Der Anfang. After completing each mission, players will return to the Stalingrad central area, which has grown. Each new location will enable players to a

cquire additional Zombies perks and upgrades, with the Altar being one of the newly unlocked parts. Players will require a specific currency to engage with it.

The game introduces a new currency to purchase these upgrades. Upgrades for the Altar of Covenants are acquired using Sacrificial Hearts, a currency earned by completing objectives. After leaving Shi No Numa or Hotel Royal, players will have to visit this Altar to obtain a new upgrade. The sequence of these improvements will vary from game to game, and they will also vary when players return to the Altar after completing an objective.

This is a big step forward for Call of Duty Zombies. In previous Zombies maps, matches would feel quite the same as there would be an optimum set-up everyone would aim for.  You build the Wonder Weapon, purchase all the bonuses, and get all your upgrades. You would then begin training or camping in the same regions until you died or chose to quit.

However, with the Altar of Covenants, each match should seem unique. Players may end up with a build that allows them to camp exceptionally well, dictating how they should play the rest of the match. Another build may increase training while weakening camping, while a third could make someone a fantastic medic.

Players may end up with a build that allows them to camp exceptionally well, dictating how they should play the rest of the match. Another build may increase training while weakening camping, while a third could make someone a fantastic medic. This method has a lot of promise, as it might push players to want “one more run” like with a roguelike game. 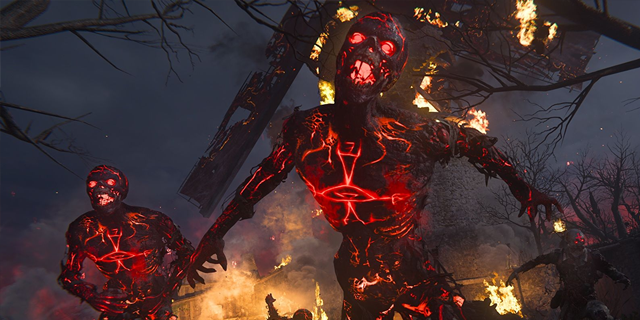 So far, players have just a vague sense of what upgrades will be available in Call of Duty: Vanguard Zombies. There are, however, a few that have been uncovered, and they appear to be useful. These modifications are as follows:

Ammo Gremlin: Stowed weapons refill ammo from the stock quickly. This is just like the Modifier from the Bandolier Bandit perk seen in Call of Duty: Black Ops 4 Zombies.

Bloodlust: Melee attacks will do more damage with this buff, and they will also heal the player.

Cryofreeze: Just like the ammo mod from Call of Duty: Black Ops Cold War Zombies, this has a chance to freeze and slow enemies.

Dead Accurate: Hitting multiple shots on the same enemy will do more damage, something that could be great for handling the machine gun-wielding mini bosses.

Death Below: Critical kills return a bullet to the clip. This could essentially give players infinite ammo with Sniper Rifles.

Resurrectionist: This lets players auto revive allies by standing near them, and they will revive much quicker. This could be hugely beneficial in co-op play.

Splatterfest: Enemies killed by explosions have a chance to explode themselves, making an explosive chain. 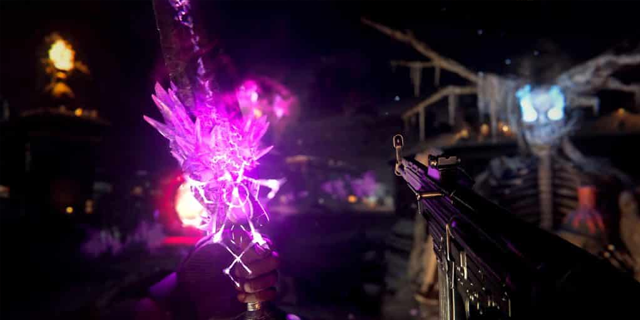 While players have only seen eight upgrades thus far, the known items reveal a lot about how the system will work. For starters, it seems like Pack-A-Punch will not provide ammo mods, as these have been made into buffs at the Altar. If ammo mods are available, some entirely new ones would be needed. Further, the a rarity system is visible, with the one Legendary buff revealed thus far being the revive-focused Resurrectionist. It can be assumed that these items will appear at the Altar less often, so players will want to grab them when they do appear.

The most fascinating aspect of the Altar of Covenants is that it may be expanded with each new Call of Duty Season. This type of system works best when there is a wide range of boosts to pick from. With so many opportunities, Treyarch could expand the Altar constantly, giving players new upgrades to acquire and creating opportunities for even more varied matches. If several upgrades are added each Season, the Altar can end up with dozens of potential buffs by the end of the game’s lifespan. With so much potential, this system is easily one of the most promising things about Call of Duty: Vanguard’s take on Zombies.

Call of Duty: Vanguard launches November 5 on PC, PS4, PS5, Xbox One, and Xbox Series X. Pre-order it for your chosen platform from our store now!

ARKEVOLVED10 for 10% off ARK: Survival Evolved (Code In A Box) (Switch)

HALLOWEEN5 for 5% off our Halloween Range! Spooky!