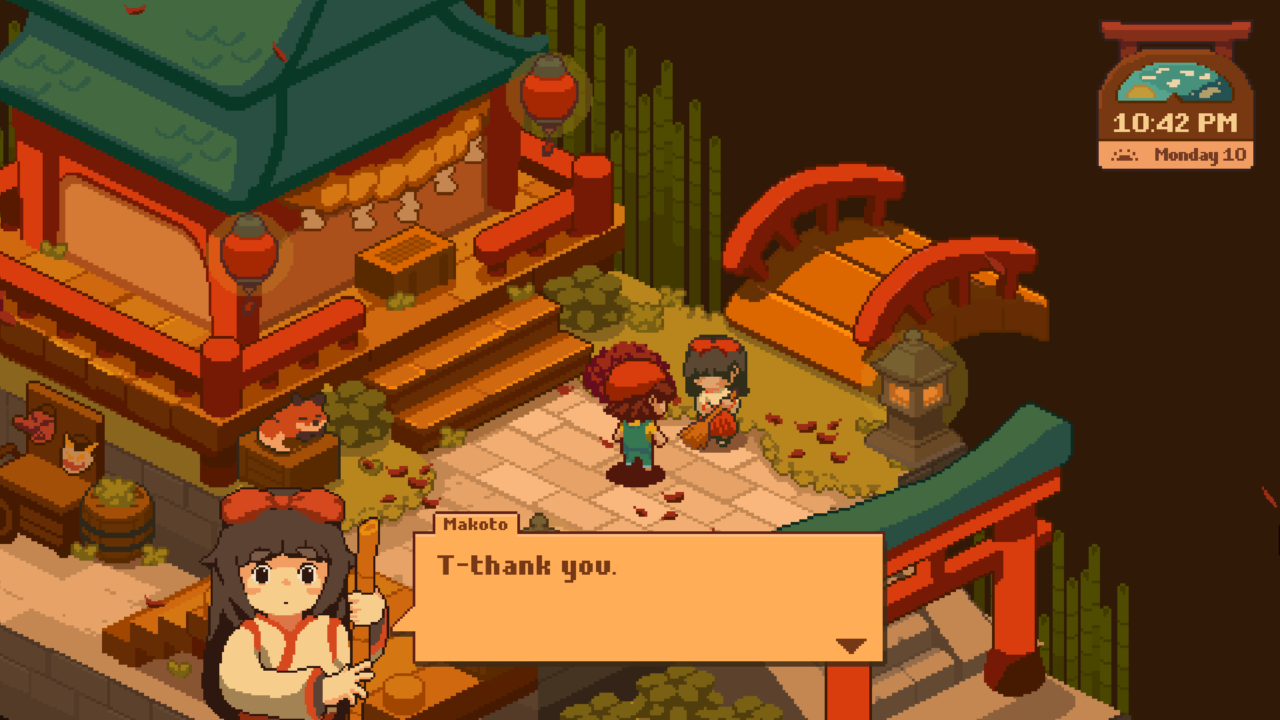 What is Yokai Inn, anyway?

Yokai Inn is an adorable life sim about spirits. You, as the player…get to run an inn for Yokai, which are Japanese spirits, traditionally seen in Japanese Folklore, most common one that’s heard of is a ‘Kappa’ which is also seen in Animal Crossing New Horizons as an NPC named ‘Kapp’n’ and many other games.

Running the Yokai Inn consists of the player cooking, crafting, farming, adopting animals, collecting furniture, meeting and befriending spirits. As mentioned on the Yokai Inn Website, here’s what you should expect from Yokai Inn.

You can “Manage and expand your inn to draw all sorts of yokai guests” and just like Story of Seasons, certain crops are grown at specific times of the year, but what’s interesting about Yokai Inn is that you get to celebrate traditional Japanese holidays with each season. On top of that, you don’t just get to adopt animals, but you can also ride some of them too! So that is certainly something to look forward to. There are many other actions included for exploration, such as swimming and climbing and the fun doesn’t stop there.

Yokai Inn is an adorable pixel game, good for anyone who enjoys life simulators, farming simulators and pixel RPGs with cute dialogue.