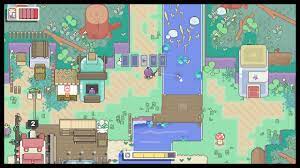 Nintendo host a live Indie World Showcase yesterday, the 11th of August 2021. With a wide variety of notable games releasing on the Nintendo Switch. If you don’t know, Indie World is a Showcase Nintendo put on every now and then to announce Indie game releases for the Nintendo Switch, usually near the time of a Nintendo Direct, but this time it seems to be a surprise event. Indie World seems to have become increasingly popular with Nintendo Fans, especially those with a Switch Lite, as the games that happen to be played on PC can be quite fitting for a small handheld. The games ranged from post-apocalyptic RPGs to adorable action games, and classics like Tetris. Without further ado, here’s a list of All 19 games announced at the Indie World Live.

While some of these don’t release until 2022, it’s nice to have them there to add to our wishlist and know that we have a good line of games to look forward to for the next year on the Nintendo Switch. The most notable games that fans were particularly excited about were Tetris Effect: Connected, Garden Story, Loop Hero, EastWard, Gang Beasts, Axiom Verge 2 and Bomb Rush Cyberfunk.

Where Can You Watch Nintendo’s Indie World Showcase?

nextSplitgate Could Come To Switch and Mobile Despite Current Server Issues