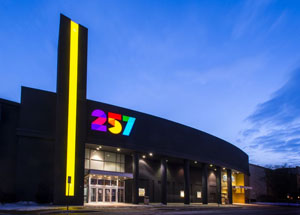 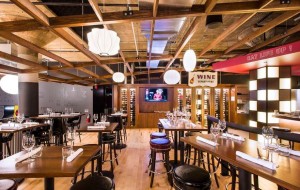 A Pac-Man themed restaurant, named ‘Level 257’, has opened in Chicago at the Woodfield Mall

A Pac-Man themed restaurant has now opened in Woodfield Mall, Chicago, and is a wonderful 40,000 square feet. The restaurant, Level 257, is only currently open for some though! “Beta testers” are being let in to book reservations and sample the cuisine and entertainment before the grand opening to the public, which will happen later this year.

With seating for 180 people, Level 257 not only serves food! It includes a ping-pong table, bowling alley and, of course, Pac-Man video games to play. Amongst an array of other delights; one being the themed cocktails, yay! These include such names as ‘1 Up’, ‘Midway’ and ‘Game Over’.

The venue name, Level 257, derives from a reference to the game’s killscreen, which appears on the 256th board. All in all, this glorious restaurant promises to offer a “fun dining” experience for all!

To book a reservation, you can mosey on over to Level 257’s Official Facebook page HERE!

previousMCV Awards 2015: The Finalists are Revealed & Go2Games are one of them!