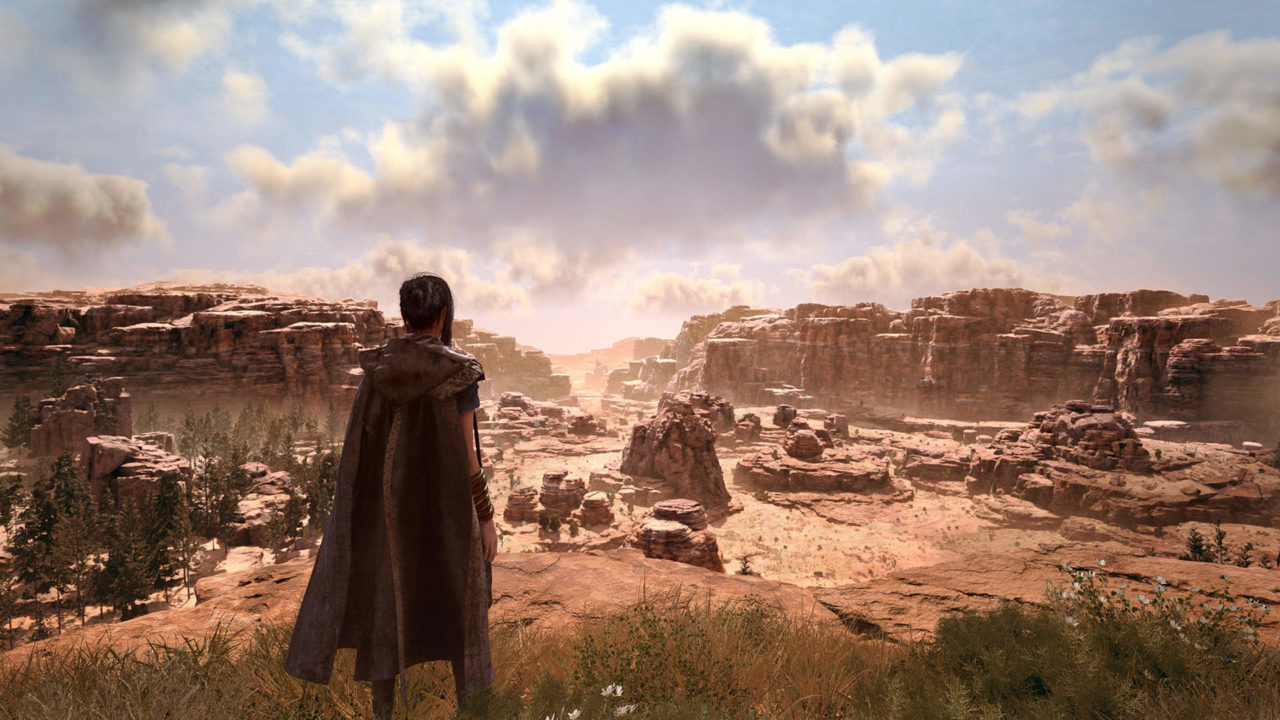 Recently at the PlayStation Showcase, Forspoken – a next-gen game had a gameplay trailer, developed by Luminous Productions, starring Ella Balinska playing Frey, the main protagonist in Forspoken.  Forspoken will without a doubt be one of the biggest games to be published by Square Enix in 2022, Here’s a snippet of the gameplay from their most recent trailer Twitter posts, showcasing Frey’s power, abilities and the game’s combat style.

Luminous Productions show us Frey’s ‘hovering’ ability, of what appears to be her trying to reach a faraway cliff edge, this ability seems to allow her to jump and levitate. Perhaps she will be able to dash towards the area on the cliff edge or float towards it. Considering this is a fast-paced game, the dashing option seems to be more likely here.

With an arsenal of newly acquired abilities, Frey is ready to swing into action! 👊🏾 pic.twitter.com/o4YB45S4Y8

Luminous Productions are the developers behind the rising game Forspoken and have already told their fans that they have big plans for the game, specifically their visuals.  We can see here that Luminous games truly kept their word and came through.

AMD’s FidelityFX Super Resolution released a video with Luminous Production’s studio head Takashi Aramaki speaking on this, that they are  “aiming to achieve the highest quality visuals ever seen in an open-world game.”

Takashi Aramaki says that “Implementing cutting edge AMD technology in the development of Forspoken is an embodiment” and  “‘to create games unlike anything experienced before, fusing the world’s latest technologies with art.’”

AMD’s FidelityFX’s top-notch Resolution is the answer to Nvidia’s DLSS technology has the potential to boost performance across consoles such as Xbox Series S/X, PS5 and PC.

Furthermore, Luminous has shared these screenshots around Frey’s abilities, she seems to be able to control water and air, she is able to send air pressure fueled attacks and create an explosion-like effect.

The combat style seems to be fast-paced with Frey emitting some sort of light from her palm and killing these monstrous-type creatures. Most of her power seems to come from the bangles she has on.

Ella Balinska plays the main character, Frey. She is not only a voice actor but she has been working to help the game feel alive through her body movements, facial expressions with performance capture and much more. Ella is also well known for her acting in various movies such as Charlie’s Angels, The Athena and the British TV series Midsomer Murders.

The environment and graphics look very amazing and seems similar to Kena: Bridge of Spirits, but instead has more of a deserted, apocalyptic looking terrain and goes for a more realistic approach. Luminous Productions are heading down a great path and will deliver to their fans, Without a doubt, Forspoken will be a wonderful game release in 2022.