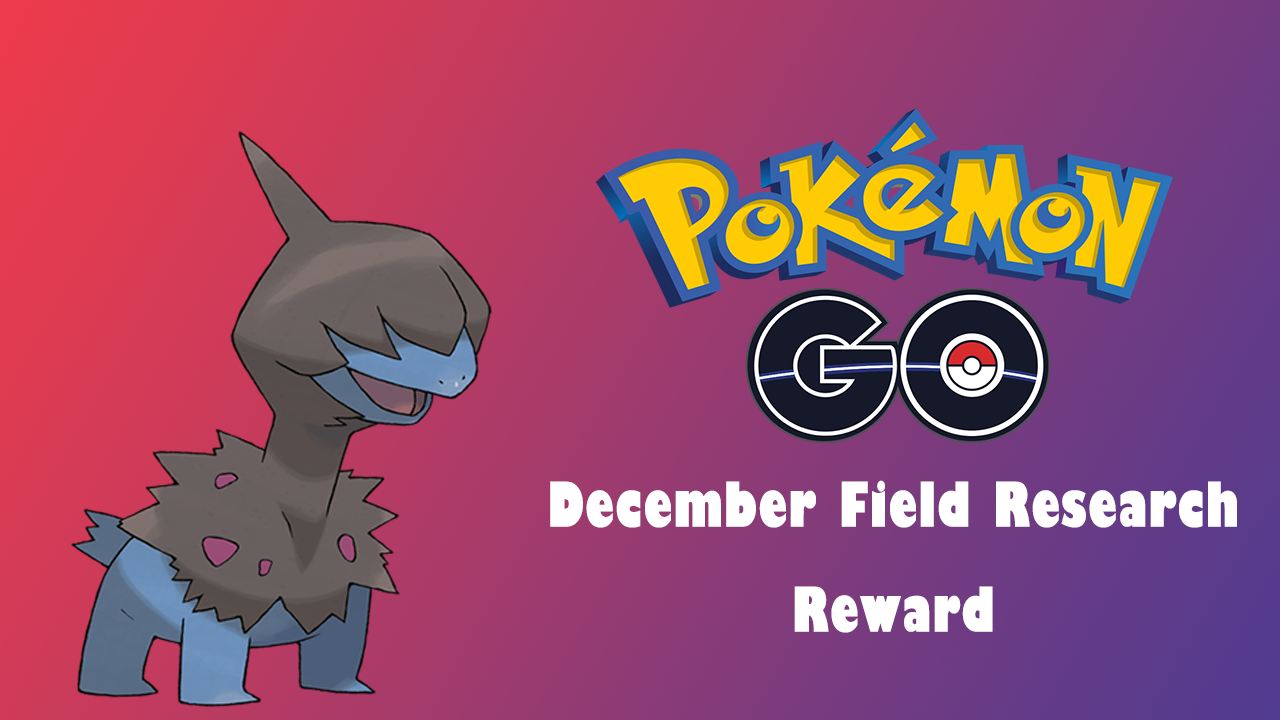 Niantic have recently revealed the Breakthrough Reward for completing field events in Pokémon Go throughout the month of December. Field events are one of the best ways to grind and gain xp in the game. They are acquired mostly through spinning PokéStops, which provide players with objectives to perform in exchange for various rewards.

The rewards for the breakthroughs tend to change each month, with a different Pokémon being on offer as a reward. This rotation will change as of 9pm GMT / 1pm PT on December 1st and will last until January 1st 2022, 9pm GMT / 1pm PT.

Currently available as a Field Research Breakthrough reward is Deino, a Dragon/Dark type Pokémon from the Unova region.

Other Events to Look Forward to This Month!

There’s a lot more to look forward to in December for Pokémon GO fans as there’s a whole bunch of events going on this month and throughout the start of next year. On December 1st, Pokémon GO will launch its Season of Heritage event,  which will provide players with many seasonal bonuses and extra challenges. The first event will be a special Swinub Incense Day on December 5th.

There will be a Dragonspiral Descent event,  which will feature Unova’s Dragonspire Tower and runs between December 7th and December 12th. Those are the only details revealed about the event at the time of writing. On top of that is a special Pokémon GO Community Day happening.

To end the year, The Pokémon GO Holidays event will return on December 16th, and runs until December 31st. It will feature costumed Pokémon, Ice-type Pokémon appearing more frequently in the wild, event-exclusive Field Research, winter-themed avatar items, and many other bonuses.