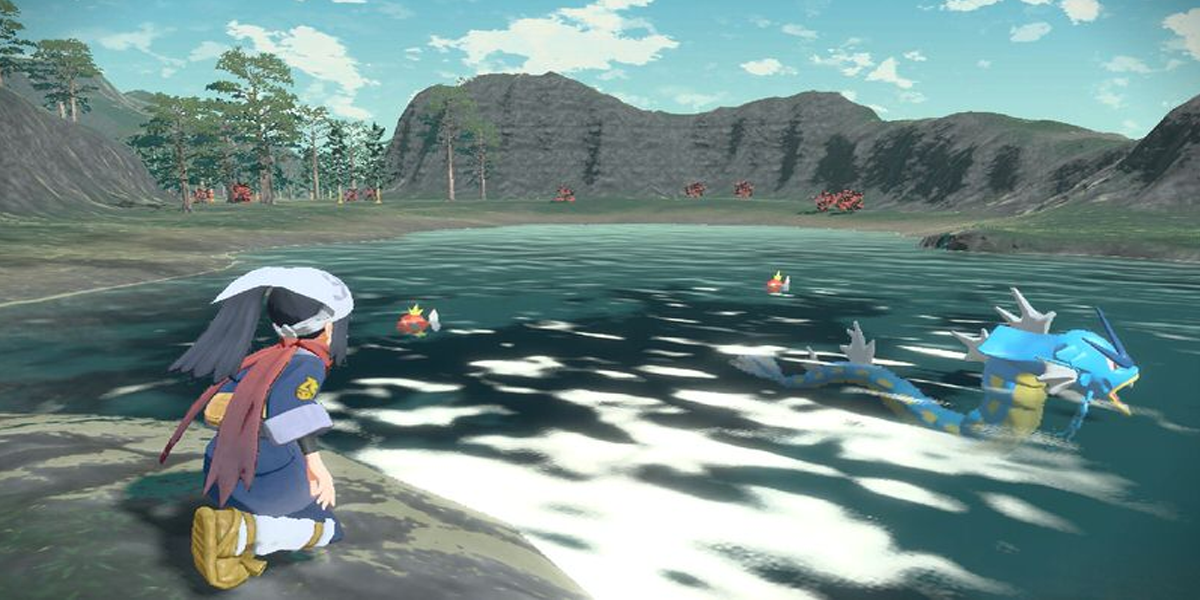 Pokémon Legends Arceus is not far from release now. The long awaited open-world Pokémon game recently received some new gameplay footage. In the upcoming RPG, a new trailer shows one of the ways players will be able to approach collecting new Pokémon.

Sneak, don’t run, and you might gain the upper hand in a Pokémon encounter!

Nintendo published a short Pokémon Legends: Arceus gameplay clip on Twitter, highlighting the game’s stealth mechanics. While fans are used to seeing Pokémon in thick grass, it appears like the opposite will be true this time, with players crouching in the greenery and sneaking up on unsuspecting creatures.

Pokémon Legends: Arceus, on the other hand, is a break from the series’ traditions in every way. It puts players in the shoes of a trainer in a different time than fans have seen in previous games, and even includes primitive versions of the PokéBall. It’s not quite the open-world Pokémon game that fans had hoped for based on the first trailers, but it doesn’t appear to be too far off.

Pokémon Legends: Arceus is the first game in what looks to be a big year for Nintendo. It will be one of the first major triple-a releases of the year, and depending on how it performs, it might earn Nintendo a lot of early points.

Nintendo’s output doesn’t slow down after that, with a completely 3D Kirby game set for release in 2022, as well as a probable Breath of the Wild 2 release. All of this is to imply that Nintendo fans have a lot to anticipate.

For now though, fans will have to wait and watch how Pokémon Legends: Arceus performs in the real world. It may be a radical new style of Pokémon game, or it could completely flop.

previousDying Light 2 Will Have A Massive Variety of Equipment