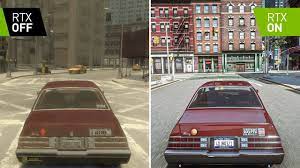 A Insider at Rockstar games known as tez2 has claimed that the RockStar have supposedly scrapped both projects. He found claimed on Twitter That both games will not be coming to fruition. He leaked this information accurately due to the company past with GTA online content within the source code.

According to a Reliable source Rockstar was clear on there motives with the two titles. Both a Remaster of both GTA 4 and Red Dead Redemption were coming to next generation consoles. This was on the table for the company , but they instead decided to not go ahead with the projects as they believed the remakes would not be well perceived. saying that ”The poor reception of the trilogy DE might be a reason behind that decision.”

With Any new release there will be expected hiccups naturally. The game was release with a high number of technical issues as well as game files and documents which wasn’t meant to stay in the games files. Files such as Unlicensed music and developer notes , which could show data miners the plans for the games future hidden within the game itself. This would be good information for Data miners to find and leak to the gaming community which would build hype of said plans coming to the game. On the other hand Rockstar like to keep what they are planning and working on a secret so they would have removed these documents as to not spoil their potential plans.

Even with the many issues with the launch of the title Take-Two Interaction (Rockstar parent company).

CEO Strauss Zelnick claimed in January that the games launch of the GTA trilogy had performed ”great” since its release January. The sales figures for the game in February had sold 10 million copies since its release in November.

From the images above you can see on the Left is the first release of the game back in 2008 and the right in 2022. You can see the graphical different between the two images , the 2022 remaster does a perfect job of bringing us the same game and feel but making it look beautiful.

The main difference between these new titles are as follows: graphics modes, improved texture qualities, HDR options and ray tracing, faster loading, GTA Online Profile migration. However The visuals were shortly look past by the the many bugs presented in the game on launch but Rockstar have promised to fix them with regular updates.

However Modders have taken things into there own hands by trying to improve the games performance to help save the title from failing. Modders say they want Rockstar to make big changes to help the titles major flaws. These flaws have put some Gamers off GTA due to how negligent Rockstar can be towards certain titles or bugs etc.