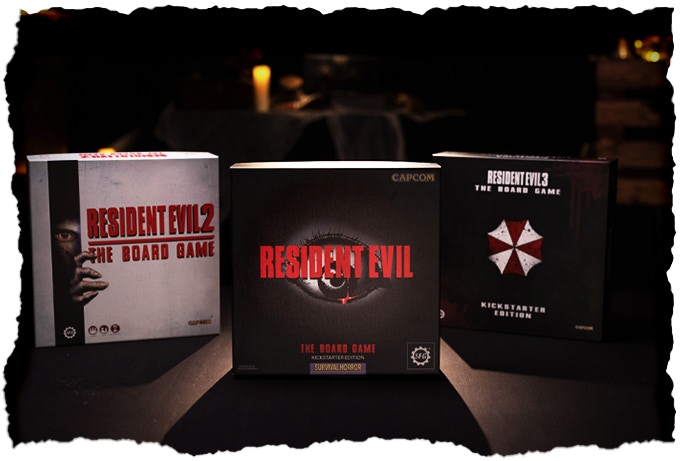 A new board game is coming for fans of the survival horror game and you have a chance to back it!

Halloween is just around the corner but the survival horror genre is everlasting when it comes to the number of games you can throw yourself into. Resident Evil is no exception, especially with all the different games in the series, the multiple live-action adaptations it has received. a comic book series, and its very own board games.

And now, it’s receiving another.

Resident Evil: The Board Game

Resident Evil: The Board Game is a cooperative survival horror game for 1-4 players that sees players step into the boots of a S.T.A.R. member and enter the sinister Spencer Mansion to uncover the horrifying truths within. Search for secrets as well as survivors and try to survive the night with  crawling with enemies around you.

The company stated it would start a Kickstarter campaign for the board game this autumn. The page finally launched yesterday and…

the board game is already completely funded!

Resident Evil is a timeless series that hasn’t lost its wonder yet, and with more days to go, the board game is certainly going to grow from strength to strength and is the perfect celebration for the 25th anniversary!

Use HALLOWEEN5 for 5% off our Halloween Games

previousPathfinder: Wrath of the Righteous gets major patch