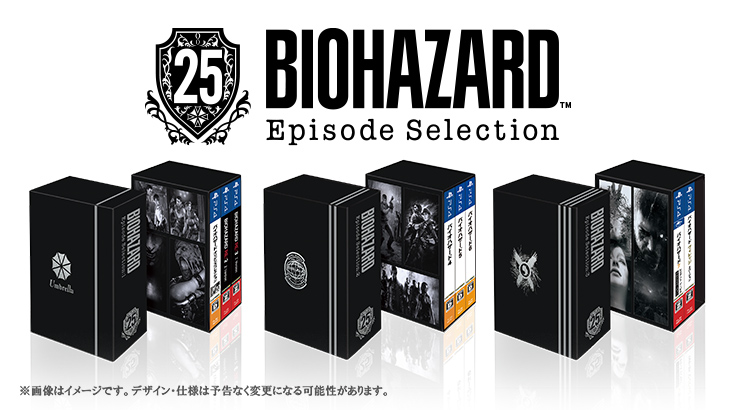 Resident Evil (otherwise known as Biohazard in Japan) is celebrating its 25th anniversary this year and Capcom is going all out by releasing three brand new boxsets with all the Resident Evil titles to be including, including the upcoming multiplayer title to be released in 2022.

The Japanese horror franchise is Capcom’s best-selling video game series, with over 117 million units sold as of June 2021. Resident Evil has been successfully remade, readapted, and has had a major influence on the horror and zombie genres overall within pop culture as we know it.

The Biohazard Episode Selection box sets will be released for PS4 on November 25 in Japan for ¥5,990 (roughly £40/$55) and have been separated into three, distinctive chapters of the Resident Evil storyline. Each box set features an emblem design that symbolises these chapters.

The second volume titled “Threat of Bioterrorism” focuses on the events of the next three games, Resident Evil 4, 5 and 6, where the games follow various members of the Bioterrorism Security Assessment Alliance (BSAA) as they fight against the remnants of Umbrella Corporation across the world.

Finally, the third volume titled “Story of Ethan Winters” includes the last two games released, Resident Evil 7 Gold Edition and Resident Evil Village. This boxset will also include a product code for the upcoming multiplayer title RE: Verse, set to be released in 2022. This box set will also include 13 postcards featuring the art of previous games.

Unfortunately, the release for these box sets has only been announced for Japan so it is unknown whether they will be released globally, however, you are able to order the collection on Amazon Japan and all orders will include a pinboard-style design of characters. Other selected stores in Japan will be offering bonus digital wallpapers as freebies for fans to collect.