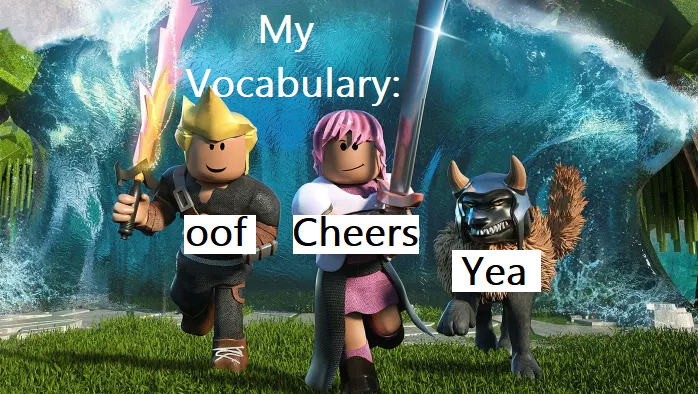 In a lawsuit filed by the creators of Roblox (popular free-to-play online children’s game) against one Benjamin Robert Simon (YouTuber ‘Ruben Sim‘) for allegedly leading a ‘cybermob’ that shut down a developer conference, as well as attempts to upload nude photos of himself and Adolf Hitler… Not nude photos of Adolf Hitler, thank god!

The lawsuit was filed in California, with Roblox seeking $1.6 million in damages. The lawsuit also claims Benjamin was banned for a number of years due to racist and homophobic slurs, as well as sexual harassment on Roblox. Considering 99.69% of reports of harassment in online spaces gets swept under the rug, I’m inclined to believe Benny the Jet over here probably stepped over quite a few boundaries to get noticed for that.

“Repeatedly circumventing the technological barriers erected to block Defendant Simon from accessing the Roblox platform after he was permanently banned from the platform and instructing and encouraging others to do the same” – Roblox V Ruben Lawsuit.

The lawsuit also accuses Benjamin of fraud, breach of contract, and tortious interference

In a San-Francisco report in October 2021, Simon De Beauvoir over here thought it would be hi-larious to post false messages on Twitter that police were searching for an Islamic extremist at the Roblox Developers Conference. That’s rich considering he was making that claim on the platform that let Isis have an official account for a time! The false claim lead to a police investigation shutting down the Roblox Developers Conference, costing $50,000.

Roblox has an estimated worth of some $45 billion, but the game does allow content creators to make their own games on the platform and make money from them, so as far as my leftist ass can advocate for capitalism, at least they’re helping budding game creators get their start in a small way… At least, that’s what I would say if it wasn’t for the casual exploitation of budding developers in other ways, but for more on that, check this video on the topic.

previousGolden Joystick Ultimate Game of All Time Award Goes To...

nextThe Dendro element could be coming to Genshin Impact soon