It’s been a long time coming for Star Wars fans, but the LEGO Star Wars Skywalker Saga has finally arrived! After years of delays, the force has had to be strong with fans of the franchise, but now they can finally take on all nine films of the Skywalker Saga in brick form!

Boasting a vast new array of gameplay improvements, character designs and iconic planets, it looks like this is going to be the ultimate LEGO Star Wars experience we’ve all been waiting for. However, there is one newly announced feature which will certainly peak players interest even more than it already is!

Before we reveal what that is, why not check out the launch trailer for the game yourself down below:

LEGO Star Wars: The Skywalker Saga is the sixth entry in developer TT Games’ long-running LEGO Star Wars franchise. Starting with the original back in 2005, the series has come on leaps and bounds since then, establishing itself as a stalwart of TT Games portfolio.

Despite the game officially releasing on April 5, 2022, some gamers managed to receive the title early. As such, plenty of cool hidden features have been revealed, but don’t worry we’re only going to look at one today! Can’t be spoiling the excitement for you now, can we?

One of those lucky early LEGO Star Wars: The Skywalker Saga fans were a pair of content creators called Lunar Squadron. During their ‘Let’s Play’ video, we see them explore the beautiful space metropolis of Coruscant, where they reveal they have already completed the main game. Because of this, they are able to implement a feature where you can  instantly summon the Death Star to your location. How cool is that? 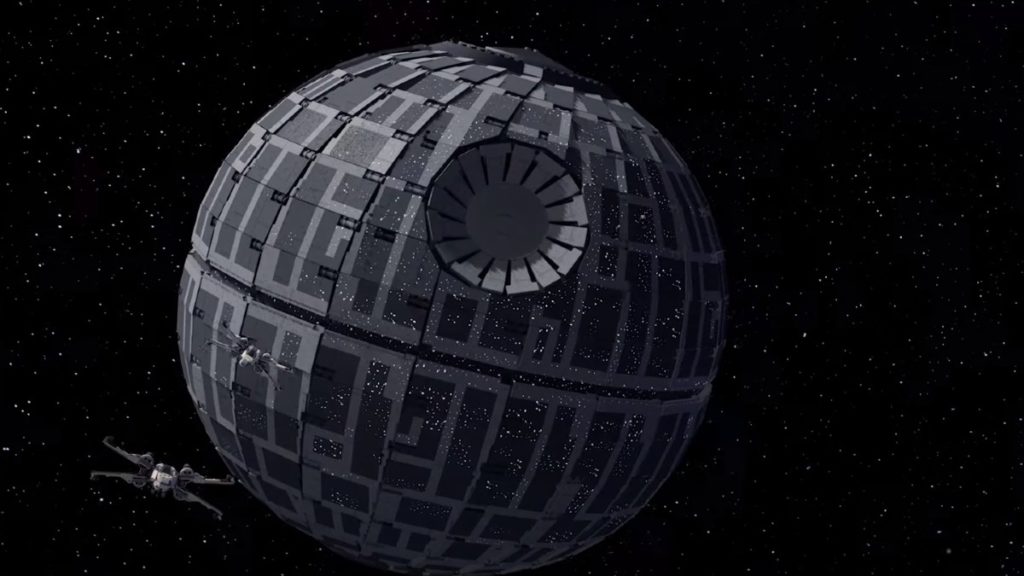 In the game, the iconic space shuttle is one of five available Capital Ships which players can take control of in different space battles. This will also include the Death Star 2, Executor, Steadfest and Trade Federation Battleship, so there’s plenty to get your hands on here!
If all that isn’t quite enough for you either, well it seems that there’s many more additions to the game yet to come! According to reports, LEGO Star Wars: The Skywalker Saga will receive a mighty seven DLC packs, which are set to include characters from various spin-offs such as The Mandalorian and Rogue One. Finally, fans are going to be treated to the Star Wars experience they deserve!
Has all this got you in a Star Wars mood? Make sure to head on over to our store to pick up everything Star Wars related we have to offer! If you want more news on other Star Wars games, make sure to check out our other blogs on our page here.

previousA New Monkey island game is on its way