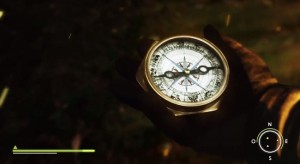 Emagon
New game is teased via Sony with trailer

More gaming treats seem to be on their way! Let’s see what the fuss is all about with Emagon then…

A post on the official Spanish PlayStation blog, PlayStation Espana, has announced a new venture which goes by the name of Emagon. The trailer shows a man exploring the woods with a compass before finding a plant in a desert area. To add to this; reading the title backwards reads “No Game”. It’s all a bit enigmatic!

As Emagon’s announcement is meant to coincide with the upcoming PlayStation Experience on December 5, and has also been posted on an official PlayStation site, it is unlikely that this is all merely a joke. The post states that this is a “well-guarded secret”. Even more enigmatic!

Take a look at the announcement trailer for Emagon HERE, and let us know what you think about this interesting new venture!