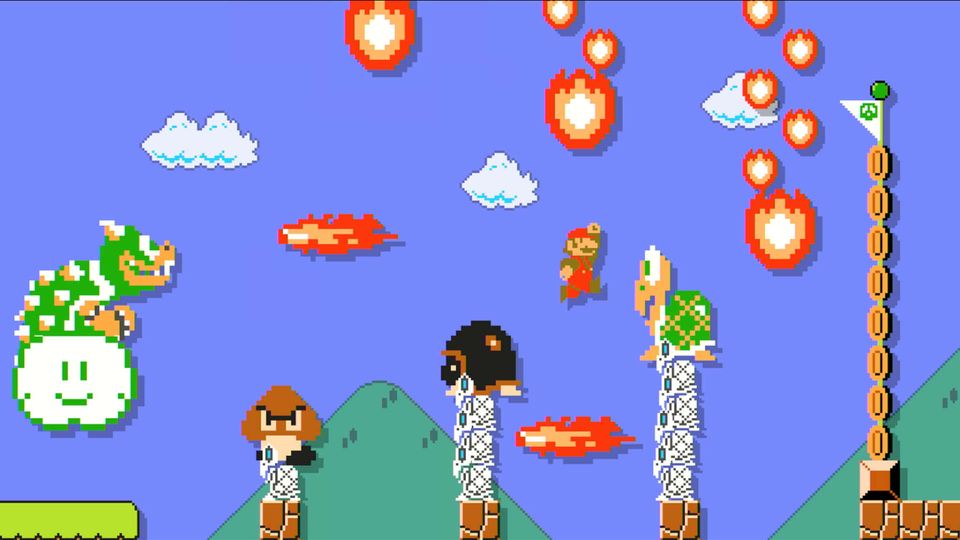 Super Mario Maker, for the Wii U, comes with a level editor which lets you download and play levels that have been created by members of the community. According to the game’s official UK website, if you don’t really fancy creating your own Mario levels, you can play from 100 pre-made courses!

Nintendo have really upped their game with this one, as only 32 levels were available on the NES for the original Super Mario Bros., and they’re currently on par with more recent games such as New Super Mario Bros.

Super Mario Maker was shown at E3 2015 last week, and Nintendo had a variety of levels available to play, most of which were not created by professional level designers, but by artists, programmers and members of Nintendo’s Treehouse localization team.

Super Mario Maker will be made available for the Wii U on 11th September 2015, and we can’t wait!

previousTotal War - Play All Games For FREE This Weekend on Steam