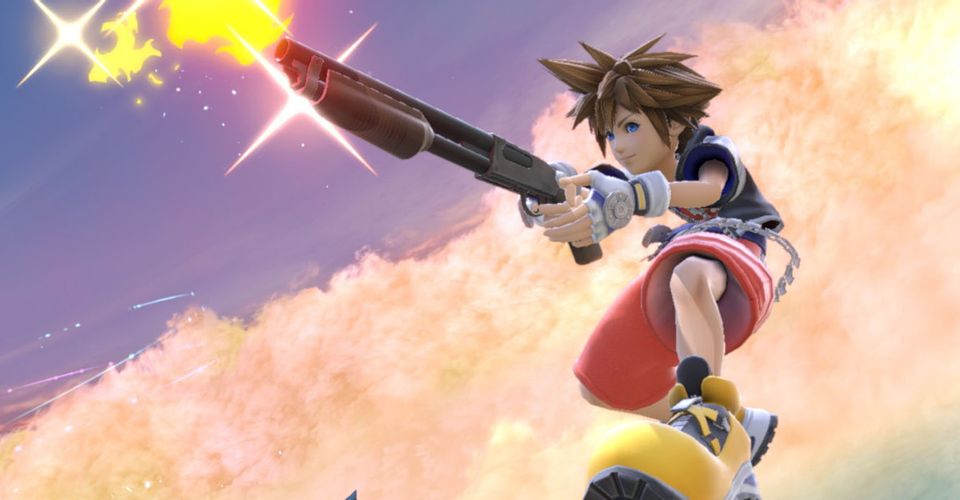 This isn’t something we expected to see in Super Smash Bros. Whilst the franchise is known for allowing fan made modes, no one thought that someone would add a shotgun to Sora. At least, I didn’t that’s for sure. Most modders go and create additional characters or design all-new costumes for existing ones. We’ve seen some ingenious creations throughout the games lifespan, such as a Cloud Strife from Final Fantasy 7-themed costume for Pichu. This is certainly taking things to the next level though.

For those unfamiliar with Sora, he is from the Square Enix’s Kingdom Hearts series. He was recently added to the character roster due to his iconic statue in the gaming world. His iconic weapon is usually a keyblade, which is a uniquely shaped sword. Subsequently, he uses it to strike down his enemies or even cast spells to summon Fire, Lightning and Ice magic. What happens when one eager modder takes it away from him?

It makes for some hilarious viewing, that’s what.

My second ever #SmashBrosUltimate mod is now available on Gamebanana: Sora with a Shotgun!
:)))))https://t.co/ainNjO7cCV

The mod is very aptly titled ” Sora with a Shotgun”. Very straight to the point. It was created by  modder unbecomingname so we have them to thank for it. Also, the shotgun is taken from Valve’s Team Fortress 2, and can be seen in the hands of most of its characters. However, Sora holding it just makes it that much stranger, and funnier too.

Not only this, but the mod comes alongside a custom-made Super Smash Bros. Ultimate UI image in the character select screen. This has him running and loading the shotgun, which we’ve got to say is a pretty cool animation. If that’s not enough for you either, it even includes custom audio, with the reload and shotgun blast sound effect made when casting magic. His “Firaga” spell takes a whole different twist now.

Since the shotgun is just a mod, there are sometimes things that don’t quite adjust. An example of this is Sora’s hands are still positioned to hold the sword. But what’d you expect? Not everything is going to be perfect. If anything, it makes the whole thing that bit funnier, and that’s what its all about really.

If you’re looking to pick up some cool Super Smash Bros. merchandise, make sure to pick up this cool AMIIBO right here! Perfect for any fan of the series.