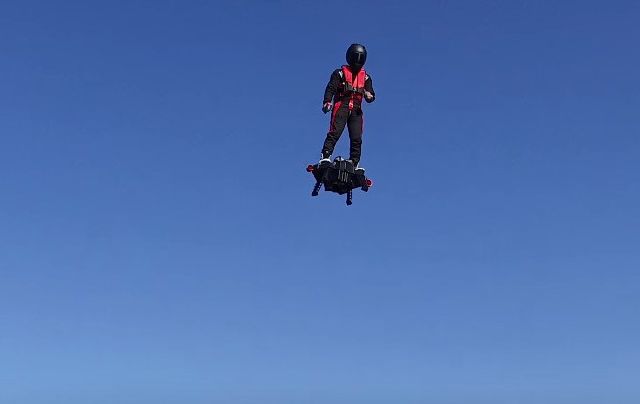 A French company named Zapata Racing have recently released a video showing a man flying over a lake on a hoverboard. The future has arrived.

The hoverboard is called the Flyboard Air and it is only a prototype. In the video, we only see the board hover above water but we’re hopeful it will be able to fly above land very soon. The Flyboard Air has been in production for four years now and was created by Franky Zapata who is the chief executive of Zapata Racing. Franky said in an interview with The Verge “I like snowboarding in powder, but I want to do it in a cloud. That’s my dream and I will do my best to realise it.”

It’s crazy to think that a hoverboard now exists, even if it is only currently a prototype.

nextWelcome To the World of OverWatch