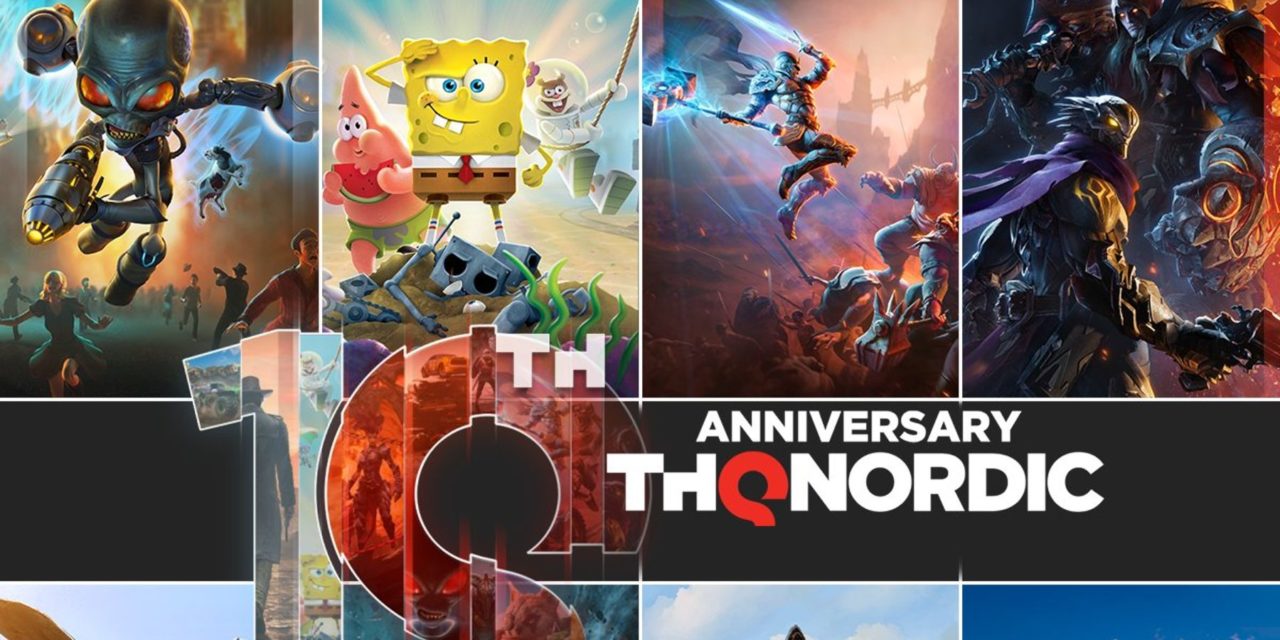 THQ Nordic announced at the beginning of the month it would host a 10th-anniversary showcase and would be revealing six new game announcements for the event. There were many speculations as to what they might be.

Now, the “return of legendary franchises” as well as “sequels to beloved games” have been revealed and THQ Nordic didn’t miss the mark in how they described what they have in store for its fans.

It’s been a while since we have seen THQ Nordic publish a Spongebob Squarepants game so you can imagine the fan’s reaction to hear that after 8 years, we are finally returning to this franchise.

SpongeBob SquarePants: The Cosmic Shake is a 3D platformer set in the colourful, psychedelic world of the Nickelodeon show. The mysterious fortune teller Kassandra grants SpongeBob and Patrick wishes resulting in the two buddies unintentionally opening up portals to strange Wishworlds, causing them to lose all their friends through the portals. Players can explore distinct worlds and use more than 30 cosmic skins to rescue the universe. It is developed by Purple Lamp Studios and will be coming to PS4 and PS5.

Another dormant franchise that is set to make a return is Destroy All Humans!, which is an open world action-adventure video game designed as a parody of Cold War-era alien invasion films. Destroy All Humans! 2 – Reprobed will be a remake of the original game with added features and is being developed by Black Forest Games after the company relaunched the series in 2020. After the KGB blew up his mothership, Crypto seeks revenge and invades the swinging sixties, to travel to iconic places in the United States, the United Kingdom, the Soviet Union, Japan, and even to the Moon. It will be available on PS5.

Outcast 2 is a very long-awaited sequel indeed, with 20 years between the original announcement for the first attempt at an Outcast sequel, THQ Nordic and Appeal Studios have announced they are reviving the cancelled game. Outcast is an action-adventure game where the protagonist Cutty Slack is given the task to escort 3 scientists to the spectacular alien world Adelpha, on a mission to close a black hole. Outcast 2 – The New Beginning is set 20 years after the first game and sees Adelpha finds itself under threat of invasion: a ruthless robot army is exploiting the planet, enslaving and even killing the people. Cutter’s mission is clear: organize a resistance, rescue the people, and get rid of the invaders. It will be available on PS5, Xbox Series X/S and PC.

Another sequel that is coming nearly 20 years after the last instalment in the franchise is Jagged Alliance 3. Jagged Alliance is a series of turn-based tactics video games that centre on strategically controlling mercenary squads, on and off the field, who complete various missions such as freeing countries from oppressive dictators. Jagged Alliance 3, developed by Haemimont Games, takes place in Grand Chien, a nation of rich, natural resources and deep, political divides and the player’s job is to restore order by removing a rogue dictator “The Legion” and locating the missing president. The game will be available on PC.

The MX vs ATV franchise is making its debut to PS5 with MX vs ATV Legends. Developed by Rainbow Studios, MX vs ATV Legends invites you to carve your own path to the podium with unprecedented player choice including sponsorship opportunities and special invitational events. In addition, the game introduces an all-new Trails mode that pits players against nature like never before. The game will be available on PS4 and PS5.

And finally, another long-awaited sequel to a beloved geopolitical strategy game franchise, SuperPower 3 has been announced by THQ Nordic and GolemLabs. SuperPower is a game series tailor-made for anyone who is convinced they would do a much better job of running the world than the real-life leaders across the globe. SuperPower 3 has been teased to challenge the player’s knowledge about “demography, economics, military strategy,” and more.

It should be noted that while we only got six new game announcements, THQ Nordic also have 28 unannounced games in development, so continue to watch this space.

As of today, THQ Nordic (@handy_games not included) has 42 games in development, thereof 28 still unannounced AFTER this showcase.

Thank you for watching! #10YearsTHQNordic