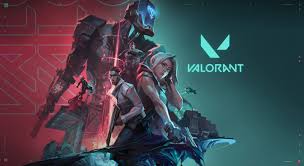 Episode 3 Act 2 of Valorant is set to release on September 8. This new update comes with free items, a new Fracture map, and a battle pass. A teaser of the upcoming Fracture map has also been released by developers which shows us glimpses of what to expect from it.

Free rewards that are set to come with the battle pass:

Paid rewards that are set to come with the battle pass:

The new content is sure to catch the attention of fans, with its sleek new spray, player card, and gun designs. In addition to this, Riot Games have added some fun Gun Buddy designs: root beer topped off with whipped cream, a porcelain teapot, and even a reference to Dogecoin!

Sean Marino, Art Lead at Riot Games, had talked about the Battle Pass. He had said, “This is the first battlepass to feature a Phantom, Vandal and Operator skin. Artisan and Varnish should feel like they’re made of luxury high-end materials, while Nitro is very graphic and flashy. For the accessories, we tried to incorporate a lot more jokes and memes into this battlepass, especially since players really seemed to enjoy some of the more meme stuff we’d put into others.”

previousPlayStation Plus games Line up for September: Hitman 2, Predator: Hunting Grounds & Overcooked: All You Can Eat!

nextBig Brain Academy: First Game in Series to be Released in Over a Decade