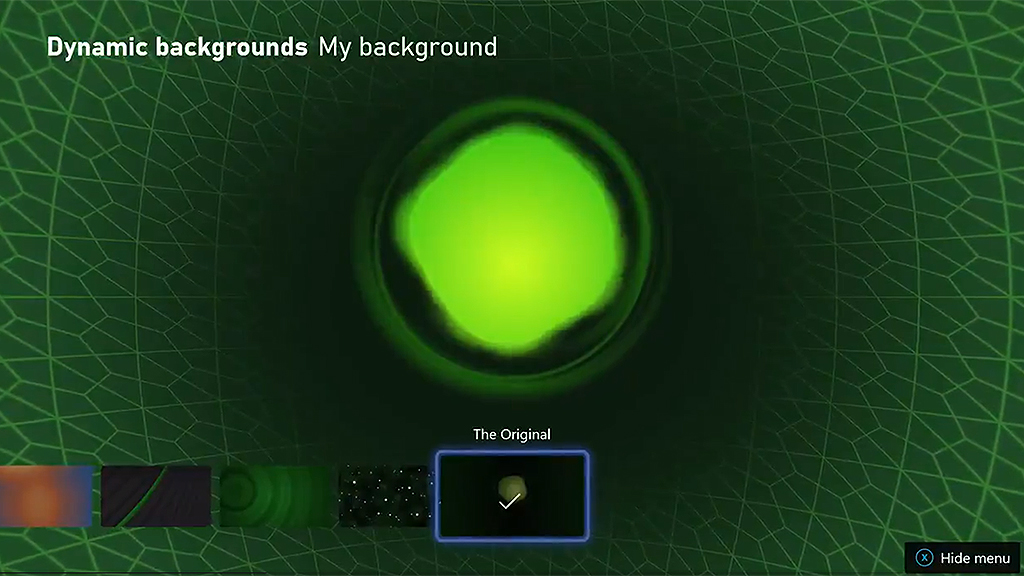 Microsoft has released a brand new dynamic themed background for their most recent consoles, Xbox Series X and Xbox Series S. The background provides as a tribute to its first gaming console.

The new background offers a huge amount of nostalgia for original Xbox fans, which was spotted by The Verge’s Tom Warren via Twitter.

The new background simply called ‘The Original’ brings back the classic green orb that was featured on the OG Xbox’s dashboard screen, with the green wireframe pattern surrounding this.

To be able to access ‘The Original’ background players must ensure their Xbox Series X or Series S has got the latest firmware update. The option to change the background will appear in the console’s Settings app under personalisation tile.

The background will be found under the Dynamic backgrounds section towards the very end of the list. In addition to Microsoft adding this background to these consoles, Xbox’s May update has also made the Quick Resume feature even better. The upgraded feature will allow faster loading times as well as having the ability to see which games you have suspended at any moment.