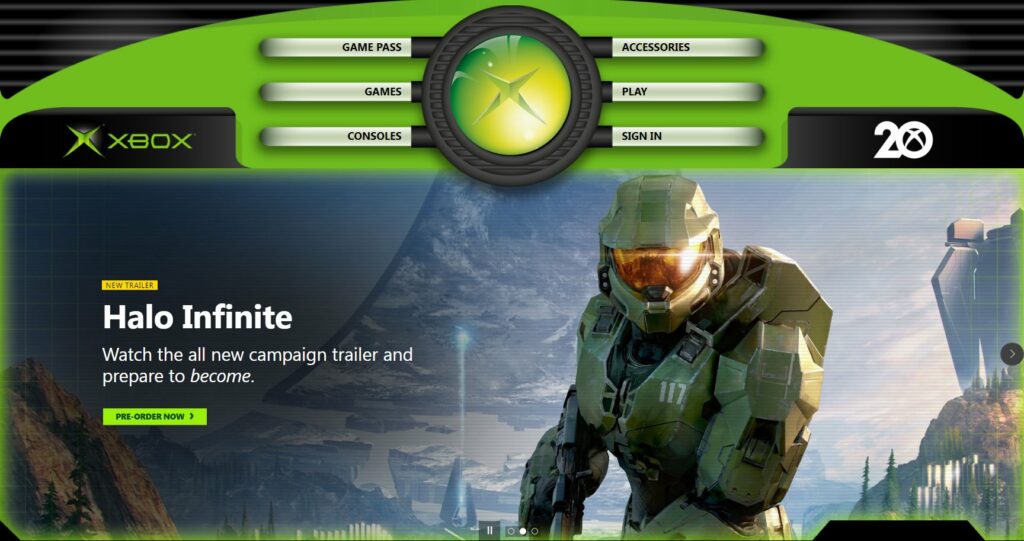 The front page of  Xbox’s website is currently sporting a new look inspired by the original Xbox’s design. Last month, Microsoft have updated the official Xbox website was with a look inspired by the ‘blades’ dashboard that launched with Xbox 360. They plan to soon release a 20th anniversary Xbox controller with a headset to match; Xbox and Adidas have also partnered to create a series of sneakers designed to celebrate the console brand’s upcoming birthday.

Inspired by our past, designed for your present.

The original Xbox had launched alongside Halo: Combat Evolved on November 15, 2001.

“While we won’t announce any new games, this anniversary broadcast will be a special look back at 20 years of Xbox,” they had said.

According to XboxEra co-founder Nick Baker, Microsoft may be planning to expand its backwards compatibility by creating a new wave of original Xbox and Xbox 360 titles playable on modern hardware in November.