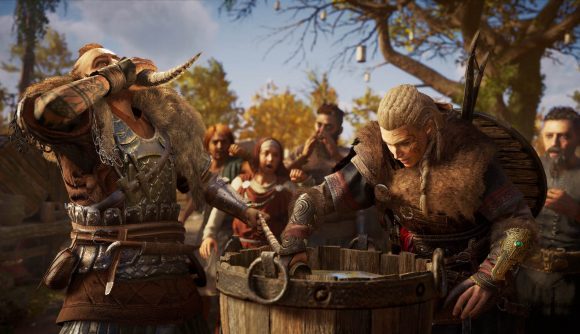 The new update for Assassin’s Creed: Valhalla releases on September 7 and is the first update the game has received in over 2 months.

Ubisoft Montreal teased fans yesterday for what they could expect from update 1.3.1 and the developers have certainly put out all the stops to keep the game relevant, especially for hardcore fans.

The 1.3.1 update is the first of two updates between the Seige of Paris DLC and the Discovery Tour: Viking Age expansion that is set to be released later this year. The 1.3.2 update is set to arrive before then, however, Ubisoft Montreal hasn’t given any details about what it might contain.

Yet the 1.3.1 update will include an entirely new difficulty mode called “Nightmare”, set to challenge players that have gone through the game on the current highest difficulty mode, “Master Assassin”.

There will also be more content for River Raids, a series of repeatable missions designed to reward players with exclusive gear and treasure. Part of the new River Raids content includes 3 new Rivers, new rewards, new 3 new abilities to be added.

It was also teased that the protagonist Evior might be receiving new abilities and gear for players while they explore the British Isles, as well as new weapons and gear that might include a short sword.

Make sure to check out the new 1.3.1 update today!

previousTripWire: CEO Steps Down After Facing Backlash from Anti-Abortion Comments

nextFar Cry 3: Ubisoft Giving Away Free Copy but You Need to be Quick!