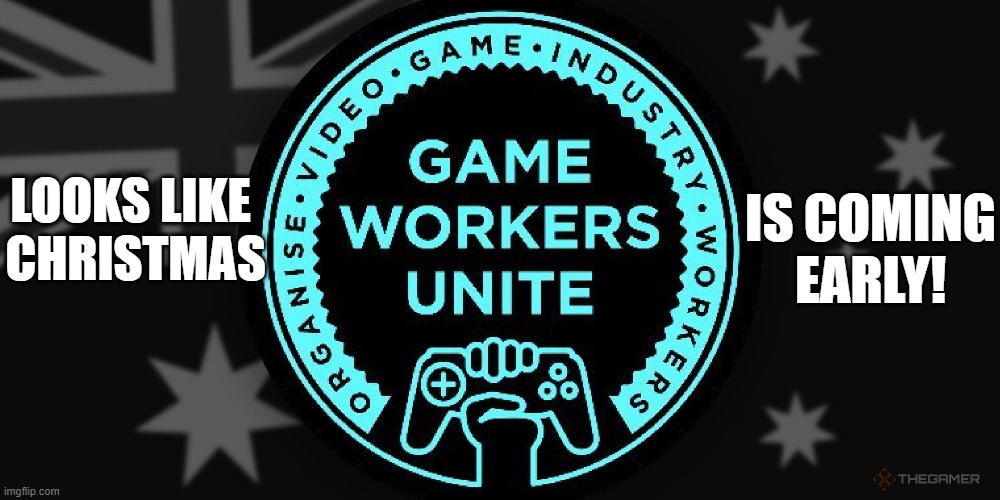 Was not expecting a progressive move in the gaming industry coming from the country notorious for banning and overly-censoring its fair share of 18+ games, but hey, you win some you lose some.

Now, the GWUA is now officially part of the international GWU movement, which was endorsed by Bernie Sanders during his election campaign. Considering the rise of issues in the gaming industry becoming progressively more recognized and discussed, Australia’s new union will hopefully be a step in the right direction for giving workers the ability to fight back against workplace abuse. Again, not to put too fine a point, but there’s a reason why a certain “Bobbert Kotique” and other similarly rich CEOs generally aren’t big on the idea of employees having a say in holding company individuals accountable.

A couple days ago, Game Workers Unite posted an announcement which covers its GWU Australia policies, how it will work as a sub-division of Professionals Australia and a ‘tiered membership package just for game workers’. There is currently no confirmed timeframe for launch, but plans for official recognition are being arranged.

The announcement also promises the following:

There is no Street Fighter Five in Ba Sing Se. Shirt? What shirt? God, no!

How much clout could a Cloudpunk punk if a Cloudpunk could punk cloud… Try saying that three-times fast!

previousSky: Children of The Light - Season of Flight coming to a Bittersweet End on Nintendo Switch, Mobile - Android and IOS