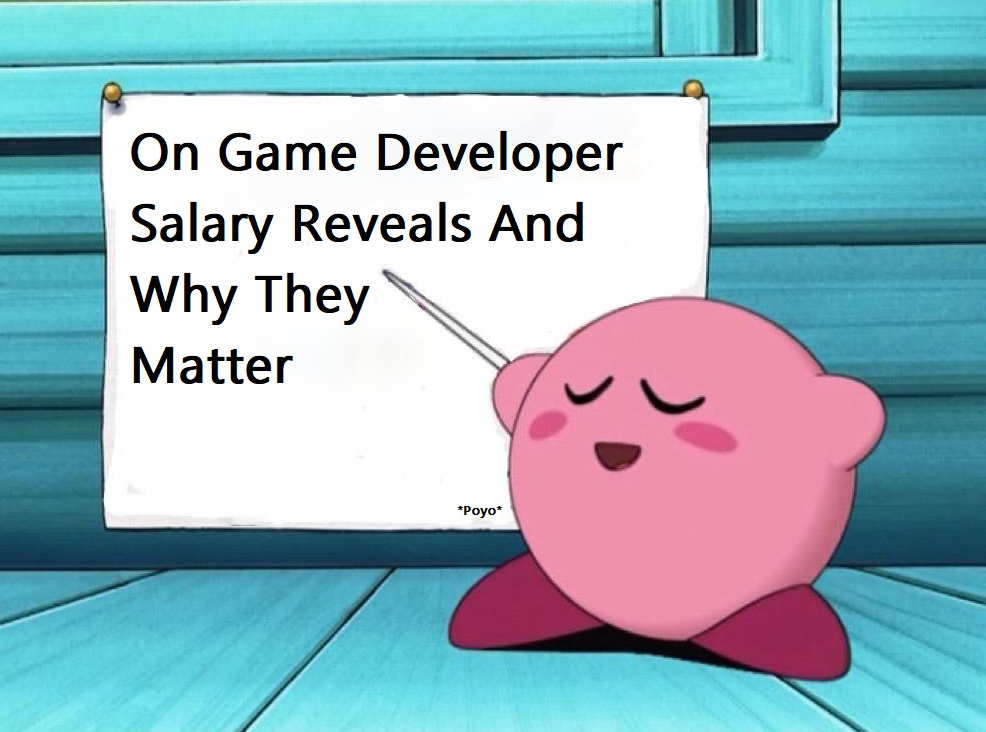 In the name of transparency, game developers and companies have recently committed to sharing their salaries. Alongside the rampant worker abuse allegations and anti-union sentiment of big companies like Activision Blizzard and Ubisoft, there have also been massive company-wide lay-offs from large companies, but I’ve got a feeling we’ll be covering more on that another day! Possibly today, we’ll see.

In addition to the salary reveals promoting transparency, they in my opinion, also highlight the vast wealth inequality between designers and CEOs. Essentially calling for reevaluation and discussion of why certain roles should or shouldn’t pay more than others.

The hashtag #GameDevPaidMe is currently trending on Twitter, mostly covering the pay developers and designers make per year of work. Below, you’ll find some from Christopher Giroir, a software engineer for Airbnb with 7 years of past experience at Activision Blizzard.

From what I’ve seen so far in the hashtag section, most salaries in the late 2000s and early 2010s average around $25k to $45k a year. That’s around £18,850 to £33,930 for us limeys. It’s good that more recent salaries have been heading up to the hundreds of thousands, but most of the salaries are PEANUTS compared to the literal millions (and hundreds of millions in the case of Bobby Kotick) made by many CEOs who don’t always necessarily put in the same level of effort into a product.

While most companies are quite closed-off regarding publicizing employment salaries, Nintendo has been open with an annual report of it’s worker salaries that released last year, so gold star to comrade Nintendo for that!

In other news, SEGA has reportedly asked over 600 employees to retire, also cutting their salary recently, so in that sense, I guess SEGA really does what Nintendon’t!

I made a spreadsheet because I think there is important info other than Pay and Position. #gamedevpaidme

Fun Fact: 4 of these companies no longer exist. pic.twitter.com/eW3EeSqvce

previousWhy you need ALL the fruits in Animal Crossing: New Horizons