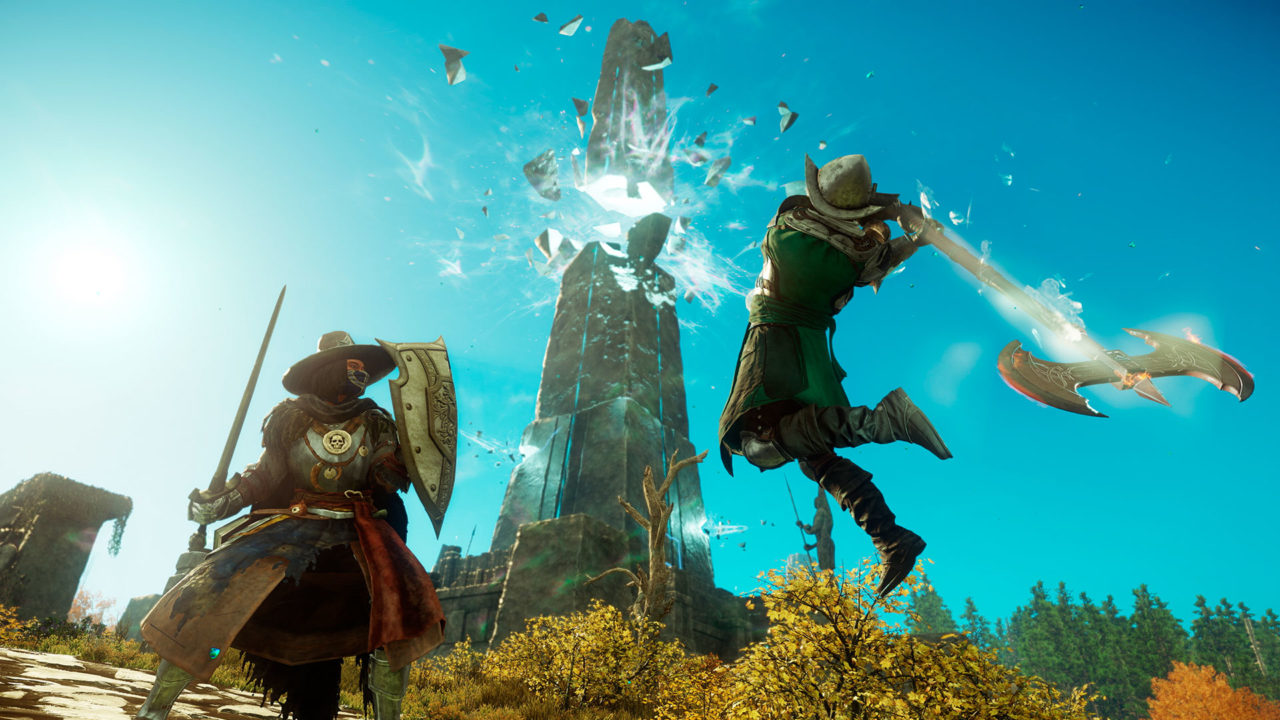 The exciting MMORPG is undoubtedly not without issues…

New World is the hottest MMORPG on the market right now, topping Steam’s charts fresh off its 28th of September release. The highly sought-after title represents Amazon Games’ first major title, and it is doing well, to say the least.

However, it is not all rainbows and sunshine for New World and its players. The first problem we all faced was the notorious massive server queue times. Although this is dying down a little, players found themselves waiting for hours on end just to get onto the game. This is just the first obstacle; there are also a vast array of minor glitches and bugs which all players have had to overcome alongside their quests. What has proved most bothersome is something much smaller than queue times; it concerns the game’s cosmetics and how they are failing.

New World‘s gear displays a significant problem: clipping. Equipment tends to clip into other pieces of gear, causing overlap that looks ridiculous and breaks immersion. Hats clip through hoods, hair clips through hats, and robes clip through just about anything. A newly forged Azoth Staff looks awesome and intimidating right up until the point where it cuts through the other weapon attached to a player’s back. It’s one of the oldest video game visual bugs, and it’s still a problem these days. 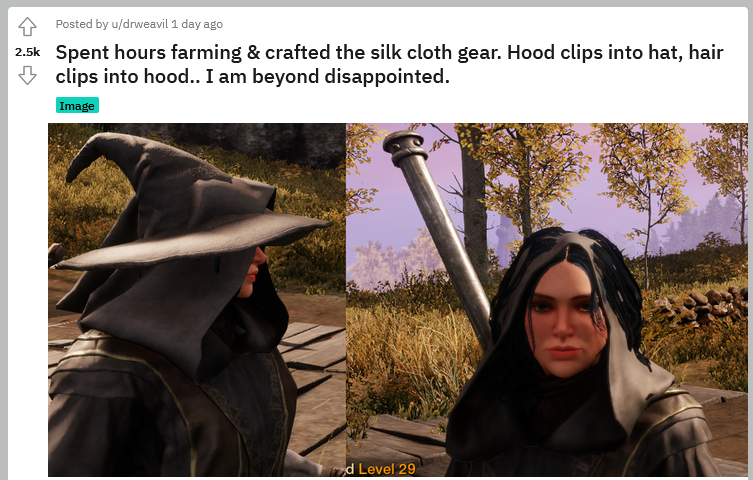 Weapons in New World clip into each other all the time, and players are already bothered by how it looks. This may not seem like a big deal, but one of the biggest draws of an MMORPG is creating the character a player wants to make, and appearance is a massive part of that. When a character looks how a player wants them to look after successfully obtaining tough to acquire gear, it’s a huge moment of triumph. By contrast, that gear phasing into other pieces of equipment completely ruins the image.

New World is far from perfect, with multiple areas needing polishing and some issues requiring urgent attention. However, the incredible success of the title despite all of this speaks for how good a game it is. With time, it could shape up to be a historic MMORPG experience.