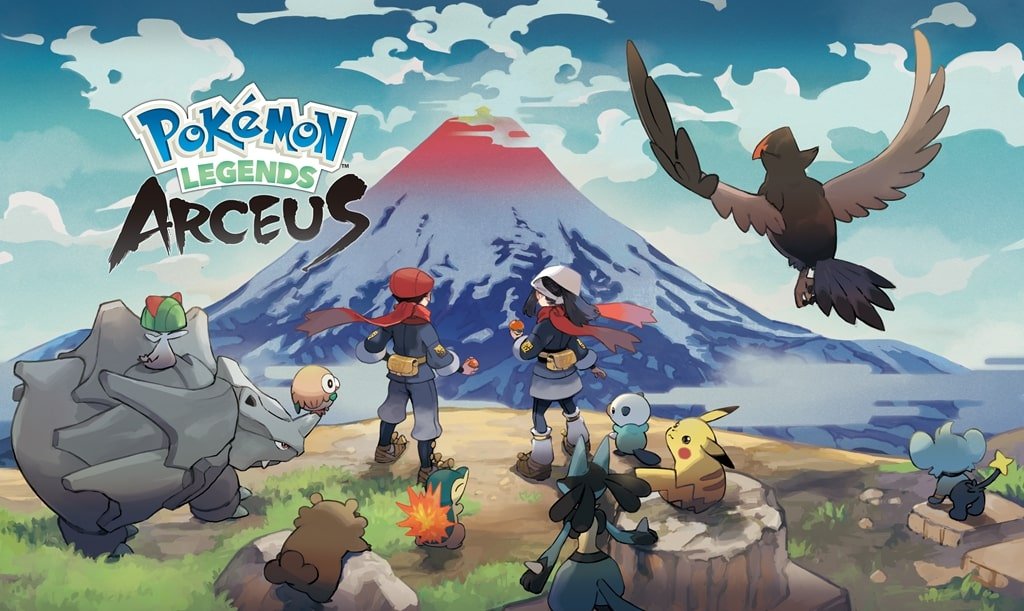 Who can’t wait for this one then? Nintendo and Pokemon have had us desperately waiting for an extended look at the upcoming Pokemon Legends: Arceus game which is being released later this month. Finally, they treat us to just what we’ve been asking for.

In this exclusive 13-minute clip, we receive a detailed analysis of Legends’ game play loop and brand new features. Accordingly, we’ll be playing as a new recruit to the Galaxy Expedition Team, but what does this involve? It looks like we’ll be tasked with exploring the Hisui region in order to catalog the first Pokedex. How exciting!

Additionally, it looks like there’s going to be small twists to the franchise which we haven’t seen previously. For example, wild Pokemon can be found roaming the map as they please. Whilst this means that some monsters like the Bidoof will ignore your movements, you may find yourself more fearful of the Shinx, who will attack you on sight. As a result, you’ll have to find a different approach to catch it which adds a bit of variety to the game play.

It all looks rather impressive now, doesn’t it? Let’s go through some small details which we think will be the biggest changes to the series thus far.

Firstly, it seems that the battle system will be receiving a couple of updates. As players initiate a battle by sending their Pokemon’s to fight wild monsters, you will notice that you can now command Pokemon to use Agile Style or Strong Style versions of their attacks. The moves are quite self-explanatory, with the Agile style allowing quicker movements but less strength, and the Strong Style taking more time to strike but does a lot more damage.

Secondly, the trailer also gifts us with another showing of Alpha Pokemon and Noble Pokemon. Alpha Pokemon have red glowing eyes and look to be much more aggressive in their actions, and Noble Pokemon are essentially bosses. Combine them together and you’ll have some intense work on your hands. This is because something has caused the Noble Pokemon to become frenzied, and its up to you to put a stop to that! Reckon you’re up to the task? Not only are their different ways to catch Pokemons, but you’ll also be able to collect materials including stones and plants whilst exploring the map. If you’re looking to make new Poke Balls, well these are the resources that you need to do that. Additionally, we’ve seen the facilities available in the game, which includes the Jubilife Village. This’ll be where you can purchase new outfits and a hairdresser to customise your character. You’ve got to look good when catching Pokemon, of course.

Pokemon Legends: Arceus launches on Jan. 28. Everyone who purchases the game before May 9 will receive a bonus Hisuian Growlithe kimono set and Baneful Fox mask for their character. You’ll also get a few special bonuses if you’ve played other Pokemon games on Switch. Also, make sure to check out even more game play footage right here!  If you want to pre-order the game, well you know where to go!