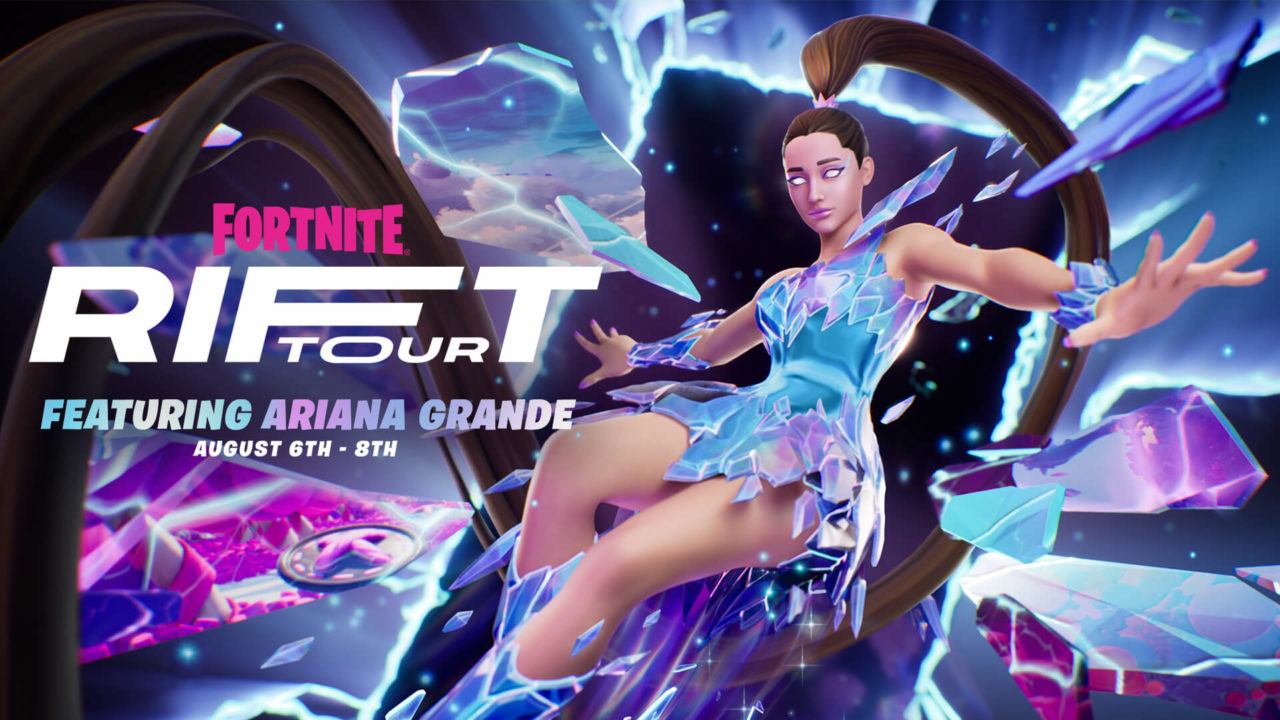 These virtual concerts started last September with Dominic Fike, helping out music stars that aren’t able to perform live, public shows in the pandemic. Other musical stars have collaborated with Fortnite, such as Travis Scott and J Balvin.

The concert takes place on August 6 at 6PM ET (11 PM GMT), with subsequent shows on August 7 and 8 to ensure people living in other time zones don’t miss out.

Epic Games have told concertgoers to arrive at the virtual concert early (one hour before to be precise) and the playlist for the show will be released half an hour before the show starts.

The Fortnite shop will be selling skins and accessories for the concert- an Ariana Grande outfit will be available to purchase on August 4, with an adorable Piggy Smallz Back Bling to make you look cute in any battle royale setting. Fear not though as concertgoers will receive a free “Cuddly Cloudcruiser” umbrella and any players will receive further rewards if they complete in-game tasks.

The Rift Tour series can attract newcomers to the game as well as bring old fans back to join in on the fun. Having Ariana Grande will encourage all the hardcore Arianators to sign up for the game and boost subscription numbers and maybe encourage them to stay.

There were rumours of a Lady Gaga concert happening but sadly, those plans have fallen through.

Will you be watching?