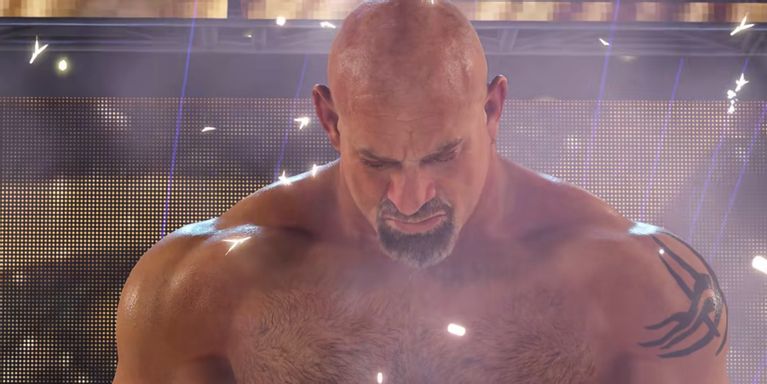 Recently, modern sport games have been plagued with a micro-transaction epidemic. The FIFA franchise has come under constant criticism for ‘promoting gambling’ with their packs, as has the NBA 2K gaming series. It seems that WWE 2K22 is also no exception.

However, whilst the game does appear to include micro-transactions, EA have reported that they won’t be too intrusive to the overall experience. Basically, it means that it won’t come under the criticism of being a ‘Pay-to-win’ feature. Obviously, fans will have to wait and see how exactly truthful that statement is.

WWE 2K22 micro-transactions will be reportedly only be available in the MyFaction mode. This is the single player experience in which players create their own roster of wrestlers to compete in weekly events. The developers went on to say that all the items that can be purchased will also be obtainable using in-game currency.

Check out some of the new features the game will be delivering in this action-packed trailer below:

In comparison with other games micro-transactions, WWE 2K22’s doesn’t seem too bad to be honest. Despite this, we will not actually know the final result, so must withhold judgement on that matter. Whilst it certainly is possible they won’t have a major effect, many fans are worried it could restrict the MyFACTION mode. Let’s just wait to see how it’s all implemented.

When exactly will this be though? It seems like fans will get to see their first taste of these micro-transactions in January. This will coincide with the next big WWE 2K22 news update as well as the next Royal Rumble event. Adversely, even if we don’t get treated to the games full details, we won’t have to wait much longer anyway. The WWE 2K22 release date is supposedly March 2022, so we’ll be getting our first genuine experience then it seems.

After the WWE 2K20 backlash, it appears Visual Concepts is doing everything in its power to try avoid a similar situation. As such, we expect them to not be heavily reliant on these micro-transactions as that will automatically have fans against them once more. Additionally, the developer has announced a variety of fan-pleasing features which will hope to change the game for the better. In particular, we cannot wait to see the return of the General Manager mode. An absolute classic in previous iterations, we hope it’s going to come back better than ever.

If you’re looking for that great fighting game experience, well look no further! We’ve got just what you need right here. Similarly, check out which latest major franchise just joined Brawlhalla’s impressive character roster. We can’t wait for this!