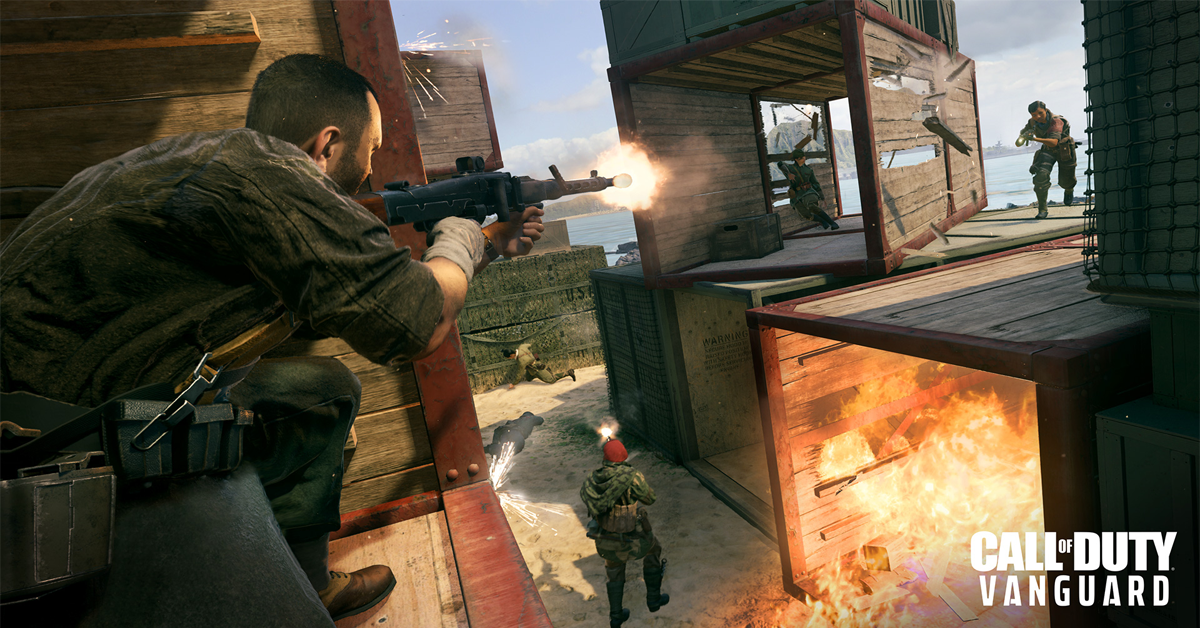 The classic Shipment map from Call of Duty 4: Modern Warfare gets a new appearance in Call of Duty: Vanguard’s November 17th update. The fan-favourite has been given a redesign for the World War II setting. A few bug patches are also included in the patch notes for the 3GB update, including a fix for one that stopped players from equipping weapon camos.

Shipment is available for players now in a 24/7 mixed mode playlist. The map was the smallest from the original Modern Warfare’s selection. It has reappeared in a whole bunch of CoD titles over the years.

In addition, the patch notes indicate a solution for PlayStation 5 players who were previously unable to start Vanguard if their console had less than 40GB of free space.

The update also fixed a glitch that caused players to crash while trying to submit a clan invite, as well as a bug that stopped players from equipping camos to their guns.

Heres’s the patch notes for November 17th, as posted originally by Sledgehammer..

So that’s the run down of Call of Duty: Vanguard’s latest update.  The fact the game is free this weekend will hopefully draw some in new players, and makeup for what is regarded as one of  the worst UK CoD launch’s in 14 years.

Despite it’s flaws though, the latest entry in the Call of Duty franchise still has a lot to offer, and can only improve through patches and updates as demonstrated by the addition of Shipment.

Sledgehammer are certainly not neglecting the game, and hopefully they will continue to address the games various bugs and glitches.

Call of Duty: Vanguard is available to purchase in our store for Xbox Series X now! Read all about the latest Call of Duty news and updates here!